Rajasthan Pacer Pankaj Singh Retires From All Forms Of Cricket

Former Rajasthan pacer Pankaj Singh, who played for India in two Tests and one ODI in his career, announced his retirement from all forms of cricket. 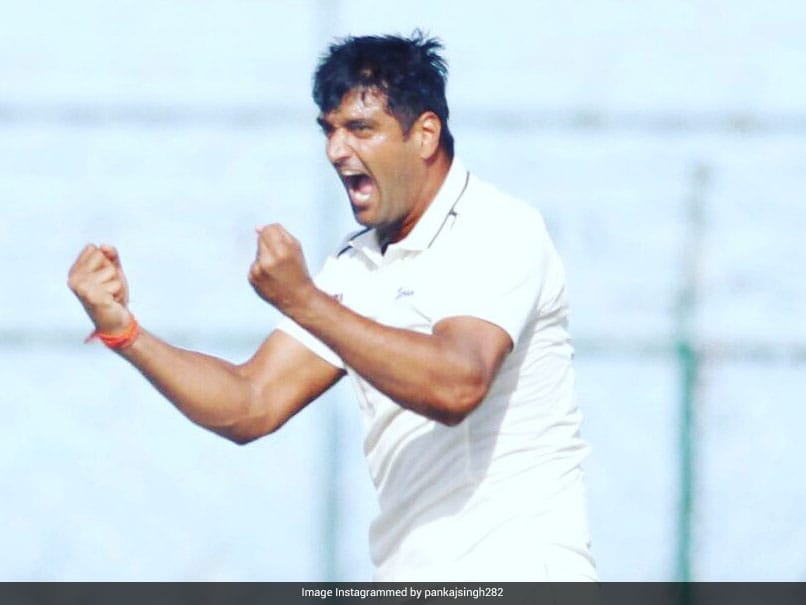 Former India and Rajasthan pacer Pankaj Singh on Saturday announced his retirement from all forms of cricket. The 36-year-old played for India in two Tests and one ODI in his career. He made his Test debut against England in 2014 while his first game in international cricket had come in 2010. "Today is a most difficult day for me, but it is also a day of reflection and gratitude. Playing for RCA, BCCI, IPL and CAP has been tremendous honour for me," Pankaj said in a statement.

"I have been part of RCA for close to 15 years and reached many milestones and gained incredible experience under the roof of RCA. My journey with RCA has always been memorable and will always remain first priority for me," he added.

"It is not an easy decision to make, however, there comes a time in every sportsperson's life where one has to call it a day. With the heavy heart and mixed emotions, I officially announce my retirement from all forms of the cricket," he said.

The right-arm fast bowler was also a part of Royal Challengers Bangalore (RCB) and Rajasthan Royals in the Indian Premier League (IPL).

India Cricket Team Pankaj Singh Cricket IPL 2021
Get the latest updates on IPL Auction 2023 and check out  IPL 2023 and Live Cricket Score. Like us on Facebook or follow us on Twitter for more sports updates. You can also download the NDTV Cricket app for Android or iOS.