The decision to let Virat Kohli and Ravi Shastri decide on travel schedule of the WAGs has taken R.M. Lodha and BCCI by surprise. 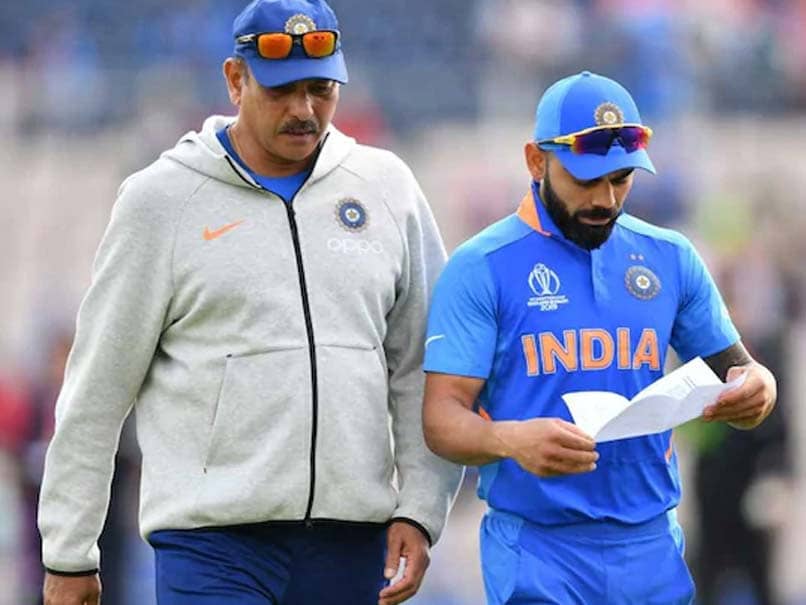 The CoA had announced that travel schedule of WAGs is to be decided by Virat Kohli and Ravi Shastri.© AFP

The bizarre move by the Supreme Court-appointed Committee of Administrators (CoA) asking the India captain and coach to decide on travel schedule of the WAGs has not just taken the Board of Control for Cricket in India (BCCI) officials by surprise, but also former Chief Justice RM Lodha. Lodha panel's set of proposals were the yardstick for the formation of the new BCCI constitution, but the former CJI is surprised at how things have panned out in the last two years.

Speaking to IANS, Lodha said that now that Ethics Officer DK Jain is there, he should take a stand and stop any move that is against the newly registered constitution as per the proposals of the Lodha panel.

"What can I say? The Ethics Officer is there now to decide. What do I say? Everyone is interpreting it (the Lodha panel's proposals) in their own way. Our recommendations are in place and based on that I was told the constitution was framed. As and when issue arises, the Ethics Officer should take a call," he said.

Lodha is clearly disappointed at how the CoA has failed to follow the brief and implement the new constitution and goes on to add that there seems to be no light at the end of the tunnel.

"Absolutely nothing has happened in two years. We wanted to see the report being implemented as approved by the Supreme Court, but more than two years have passed and we don't see any light at the end of the tunnel," he pointed.

Asked if the formation of the CoA actually helped, as even the BCCI office bearers seem to be surprised by some of the changes suggested by the committee, Lodha said: "It is a matter of interpretation and competence."

Speaking to IANS, a senior BCCI official said that the move to allow the captain (Virat Kohli) and coach (Ravi Shastri at present) to decide on the travel duration and plan of the WAGs was a clear case of conflict of interest.

"The essence of conflict of interest is that when you are taking a decision of which you are yourself a beneficiary, that is conflict. I think the CoA is like an unfettered entity which has moved away from any limitations it may have originally perceived on account of the Supreme Court order on the Lodha Committee report," the source said.

"Many decisions taken by them are in complete violation of not just the new BCCI constitution, but also in violation of the Lodha Committee report. The Lodha Committee report's foundation lay on tackling conflict of interest issues. And the CoA in their task of administration seem to have come up with the same issues of conflict of interest and it seems they wish to do away with the whole concept," the source added.

"Two standout incidents in this regard would be the decision to approach the Supreme Court with regards to amendment or relaxation of conflict of interest rules with regard to players. The BCCI has been crying itself hoarse about those rules. But at that point in time, the CoA branded the BCCI officials as obstructionists. And now when the ground reality has hit them and they are being criticized, they wish to go to the court," the source said.

"The second incident displays the CoA's desire to be seen as proximate to the players and that is evident in their faulty decision to leave this WAGs issue for the captain and coach. This again opens a Pandora's Box. They have left the decision which may impact the performance of the team to the very people who are beneficiaries of it. Has this been done keeping in mind the busy schedule of some of the wives?" he enquired.

Echoing the sentiments, another official said: "Some of the recent decisions of the CoA clearly shows that they feel they are above the apex court because certain decisions they have taken can only be taken by the honourable court."

It will be interesting to see how Ethics Officer Jain interprets this whole decision because a member of the CoA itself has made it clear that the resolution taken in the meeting wasn't a unanimous one.

Virat Kohli
Get the latest updates on India vs England Series, India vs England , live score and IPL 2021 Auction . Like us on Facebook or follow us on Twitter for more sports updates. You can also download the NDTV Cricket app for Android or iOS.