Head coach of the 2011 World Cup-winning Indian cricket team, Gary Kirsten, remembered India's World Cup win on its 10th anniversary and called it "one of my career highlights." 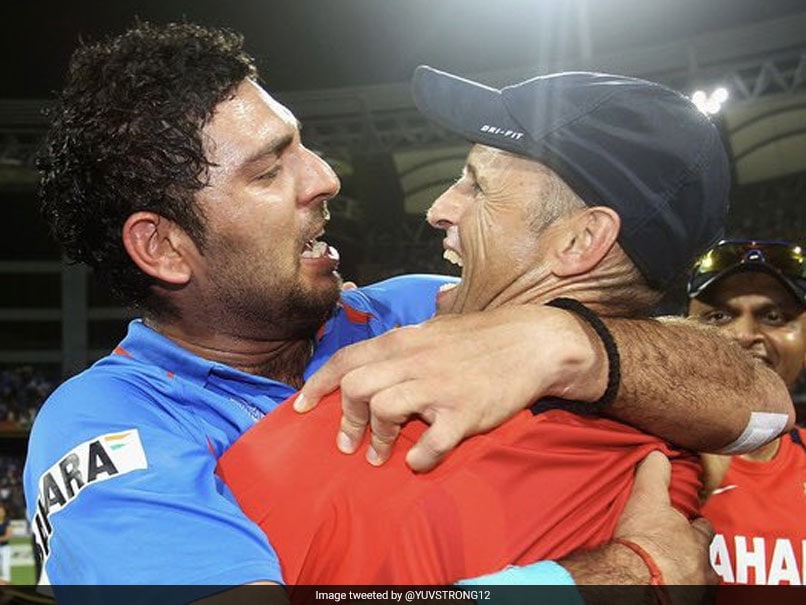 Gary Kirsten was the head coach of the World Cup-winning Indian team in 2011.© Yuvraj Singh/Twitter

Recalling India's 2011 World Cup triumph, former head coach Gary Kirsten on Friday said he is proud to see how the side has evolved in the last ten years. Kirsten, the former South Africa cricketer, was Team India's coach when the Men In Blue won the 2011 World Cup on April 2. Under Dhoni's captaincy, India lost just one match in the showpiece event against South Africa. India defeated arch-rivals Pakistan in the semi-final to set up a blockbuster finale with Sri Lanka.

It's been 10yrs since Team India won the @icc CWC. Most definitely one of my career highlights. I'm so proud to see how the team has grown from that day & how the players have developed since. Thank you @incredibleindia for all the wonderful memories.

"It''s been 10yrs since Team India won the @icc CWC. Most definitely one of my career highlights. I'm so proud to see how the team has grown from that day & how the players have developed since. Thank you @incredibleindia for all the wonderful memories," Kirsten tweeted.

MS Dhoni hit a humongous six against Sri Lanka pacer Nuwan Kulasekara in the summit clash of the 2011 ICC World Cup at the Wankhede Stadium in Mumbai to take India to their second World Cup title.

With that monstrous six against Kulasekara, Dhoni not only gave millions of Indians a memory worth revisiting throughout their lives but also fulfilled the long-cherished dream of batting legend Sachin Tendulkar, who had, until then, never won the World Cup.

Sri Lanka, under Kumar Sangakkara, looked on course to win their second World Cup title after giving India a stiff target of 275.

Mahela Jayawardene played a splendid knock, scoring a brilliant century while striking 13 fours in his 103-run innings, that came off just 88 balls.

During the chase, fans were left emotionally battered after lanky pacer Lasith Malinga dismissed Tendulkar, leaving India in a spot of bother as their scorecard read 31 for 2 in the sixth over.

However, a heroic innings by Gautam Gambhir (97) along with an exceptional knock from Dhoni (91*) saved India the blushes and saw the Men in Blue lift the World Cup trophy after 28 years.

While Dhoni was adjudged as the Man of the Match, stylish all-rounder Yuvraj Singh was named the Player of the Tournament.

India Cricket Team Gary Kirsten Cricket
Get the latest updates on IPL Auction 2023 and check out  IPL 2023 and Live Cricket Score. Like us on Facebook or follow us on Twitter for more sports updates. You can also download the NDTV Cricket app for Android or iOS.