Though he started his innings extremely slow, Yashasvi Jaiswal eventually played a match-defining knock for Mumbai. He scored 181 runs off 372 balls. 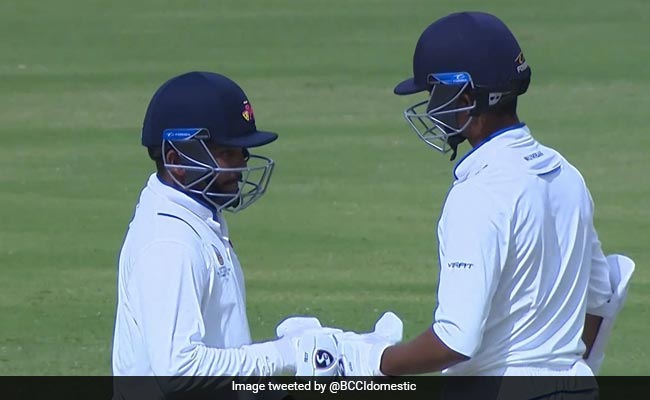 Mumbai opener Prithvi Shaw trolled his teammate Yashasvi Jaiswal after the latter took 54 balls to score his first run in the side's ongoing Ranji Trophy semi-final match against Uttar Pradesh in Bengaluru. The duo started the second innings of Mumbai on Thursday on contrasting notes as Shaw raced to his half-century on the 56th ball off his innings, while his fellow batter Jaiswal failed to get his first run despite playing almost equal number of balls.

After the play on the third day of the match ended, Shaw, who often hogs limelight for his social media posts and stories, didn't miss out on the opportunity to pull the leg of the Rajasthan Royals opener and shared a hilarious meme on Instagram. 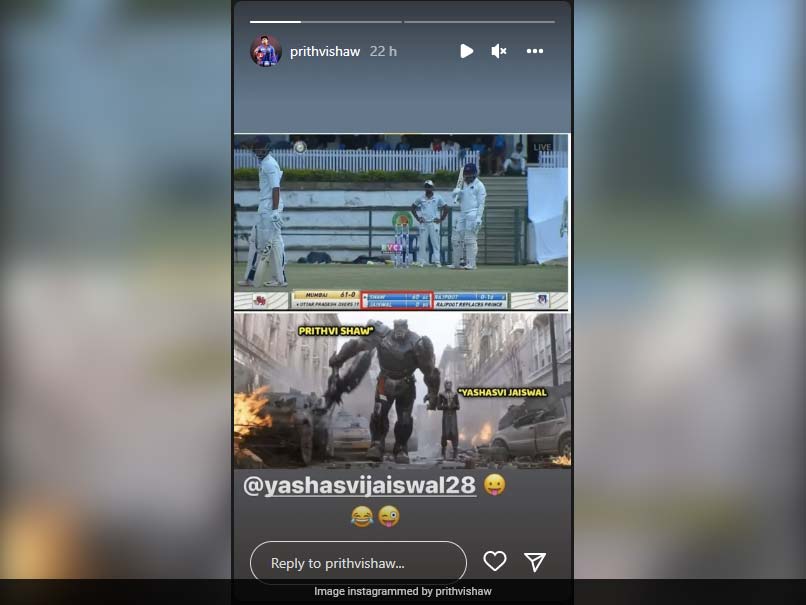 Not only Shaw but the other Mumbai players also enjoyed the innings of Jaiswal. When the player got his first run on the 54th ball, his teammates cheered him from the dug-out. Jaiswal too raised his bat to acknowledge the applause.

Though he started his innings extremely slow, Jaiswal eventually played a match-defining knock for Mumbai. He scored 181 runs off 372 balls to consolidate his side's dominance in the game. His innings was laced with 23 fours and one six.

Talking about Mumbai, the side posted 393 runs on the board in the first innings before bundling out their opponents for 180. While an innings lead of 213 runs had already put Mumbai ahead in the game, the effort from the batters in the second innings extended the lead to over 662 runs at the end of play on fourth day. Mumbai were 449/4 at Stumps.

Comments
Topics mentioned in this article
Yashasvi Jaiswal Prithvi Shaw Cricket MUM UP
Get the latest updates on ICC T20 Worldcup 2022 and CWG 2022 check out the Schedule, Live Score and Medals Tally. Like us on Facebook or follow us on Twitter for more sports updates. You can also download the NDTV Cricket app for Android or iOS.