Prithvi Shaw on Monday shared a snap with Shreyas Iyer after their running session on his Instagram story. 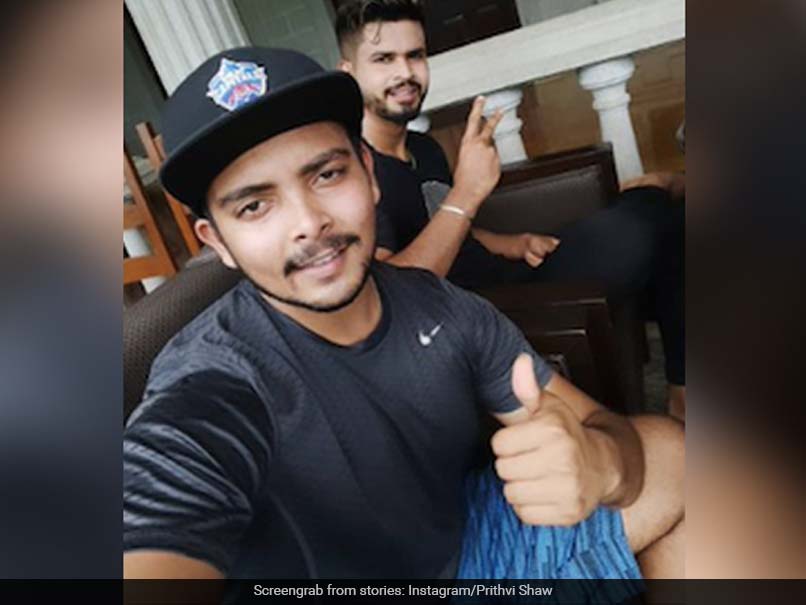 Prithvi Shaw on Monday trained with his Indian and Delhi Capitals (DC) teammate Shreyas Iyer. He also posted a photo with Iyer on his Instagram Stories story and said that it was a "good running session". In the picture, the duo can be seen resting after a tense workout and enjoying some quiet time. Iyer, on his part, was delighted to see Shaw doing his best and putting in a great effort during the workout. Posting a short clip from their running session on social media, Iyer said, "Good to see him pushing his limits."

Despite Shaw's terrific form during the Vijay Hazare Trophy and Indian Premier League (IPL) 2021, he was not included in India's 20-man squad for the World Test Championship (WTC) final against New Zealand on June 18.

Shaw was the leading run-getter in the Vijay Hazare Trophy. He scored 827 runs as Mumbai won their fourth Vijay Hazare title. In IPL 2021, Shaw scored 308 runs in eight games with the help of three half-centuries and had an impressive strike rate of 166.48.

Shaw last played for India during the team's tour of Australia for a four-match Test series earlier this year. He performed miserably in his last game for the team, scoring a duck and 4 runs in the first and second innings of the Adelaide Test. India lost the match by eight wickets but went on to win the series, 2-1.

After the Adelaide Test, Shaw did not feature in any other match of the series and was replaced by his Under-19 teammate Shubman Gill, who had a fantastic run with the bat. Gill scored 259 runs in three games and cemented his place as India's Test opener alongside Rohit Sharma.

Shaw played his last ODI for India in February 2021 against New Zealand and scored 40 runs off 42 balls. India lost the match to New Zealand by five wickets.

However, Shaw could return to the Indian setup next month when they travel to Sri Lanka for a limited-overs series.

Delhi Capitals Shreyas Iyer Prithvi Shaw Cricket
Get the latest updates on India vs Australia and check out  Schedule, Results and Live Score. Like us on Facebook or follow us on Twitter for more sports updates. You can also download the NDTV Cricket app for Android or iOS.