Pavel Florin got more love after he tweeted a video of his first run out in Australia. 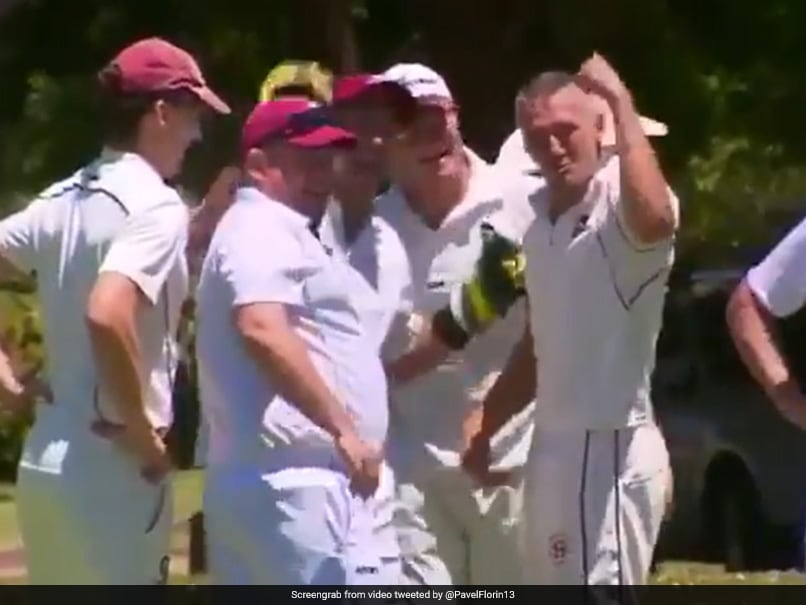 Pavel Florin was animated and passionate in his celebration as always.© Twitter

Pavel Florin, the Romanian cricketer who became an internet sensation for his bowling action and love for the game, saw his video go viral after he claimed his first wicket in Australia on November 17. Now, Twitter is buzzing about him again after he shared a video of his first run out Down Under. In a video tweeted by him on Saturday, he is seen taking his trademark run-up before tossing up a fuller delivery. The batsman looks to smash it past him, but he manages to deflect it onto the stumps at the non-striker's end. The non-striker had left his crease and could not recover in time and the umpire raises his finger.

What follows is a passionate celebration from Florin, who gets up and does a celebratory jump before he is hounded by teammates. With hugs and high-fives all around, he caps off the celebration by pumping his fist in excitement.

"My first run out in Australia. Sometimes you're in the right place at the right time! Are you sure it was an accident?" he captioned the video.

Watch the video of his run out and celebration here:

Trolled initially for his slow pace and unique action, Florin has won over the internet with his love for the game and determination to keep trying. Watching this video as well, many on Twitter heaped praise on their favourite Romanian cricketer.

"You gained some pace mate, lovely work!" Netherlands captain Pieter Seelaar tweeted, to which Florin replied saying "Thanks my friend!!"

"Pavel, your tweets make twitter a much brighter place! Legend," one fan wrote.

"Look at the passion," wrote another user.

"Your bowling action has improved. Got some good coaching here in Australia. Well done," commented another user.

Pavel, your tweets make twitter a much brighter place! Legend

@burman93 look at the passion

Your bowling action has improved. Got some good coaching here in Australia. Well done.

Pavel, you are a legend

Pavel Florin rose to popularity when a video of his bowling action in the European T10 Cricket League went viral.

Many came out in support of Pavel Florin and his love for the game -- he started playing cricket aged 32, and is still going strong at 40.

Even though he was subjected to some initial trolling, Florin was always unperturbed.

"Maybe someone says my bowling is not beautiful or not effective but I don't care, because I love cricket," he had said in a video after his bowling action went viral.

Comments
Topics mentioned in this article
Pavel Florin Cricket
Get the latest updates on ICC T20 Worldcup 2022, check out the Schedule and Live Score. Like us on Facebook or follow us on Twitter for more sports updates. You can also download the NDTV Cricket app for Android or iOS.