England managing director Ashley Giles believes Pakistan's tour in August will go ahead even though three Pakistani cricketers have tested positive for coronavirus. 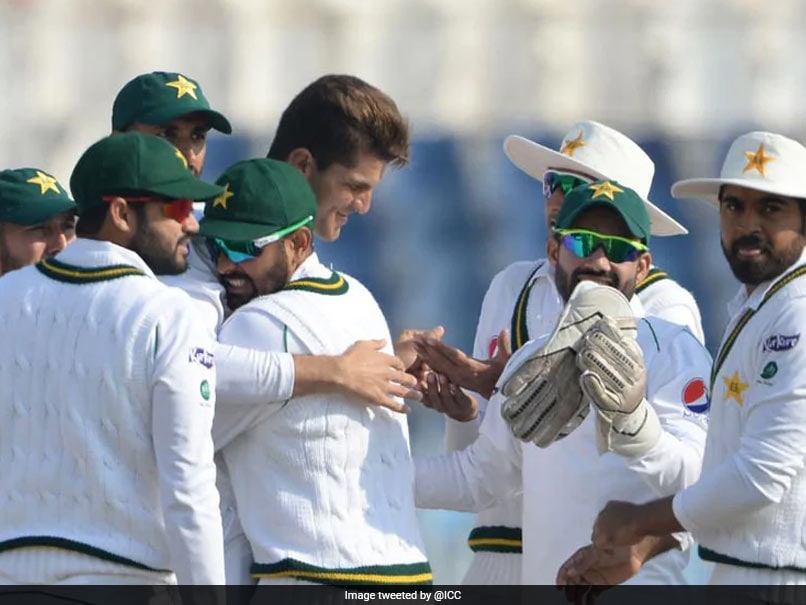 Pakistan are due to leave for England tour on June 28.© Twitter

England managing director Ashley Gilesbelieves Pakistan's tour in August will go ahead even though three Pakistani cricketers have tested positive for coronavirus. The Pakistan Cricket Board announced on Monday that leg-spinner Shadab Khan, fast bowler Haris Rauf and teenage batsman Haider Ali had tested positive for COVID-19 despite showing no symptoms and would now go into self-isolation.

Pakistan are due to play three Tests and three Twenty20 internationals against England, starting in August.

Giles expressed his concern, particularly for the Pakistan players who had tested positive, but told a conference call he remained upbeat.

"I don't think the series is in doubt," he said. "We are far enough away from the start of the Test series to not worry about that too much at the moment.

"There are some more test results coming out later from the rest of the group so we will see what that says, but we are still hopeful that the Pakistan team will be arriving in the country fairly soon."

"This is the difference with international sport," said Giles. "We need to get our opposition in-country. Anything that puts that at risk or in danger is clearly a problem."

Pakistan is experiencing a surge in coronavirus cases, with more than 180,000 so far, including 3,590 deaths, while cases are falling in Britain.

"Of course, in the Pakistan team's case, the situation in Pakistan is not great at the moment and our thoughts go out to the whole country," said Giles.

"But clearly it is important we get that team and those guys in our country and we can get on with that series."

England are scheduled to face the West Indies in a three-Test seriesstarting at Southampton on July 8.

The West Indies, so far virus-free, start a three-day intra-squad practice match in Manchester on Tuesday as their England counterparts enter a "bio-secure" training bubble in Southampton.

Former England spinner Giles admitted there was still some "uncertainty" surrounding the West Indies series "because we know how fast moving this situation has been around the world".

"Do we really know what's round the corner?" he asked. "No. The bubble, Ageas Bowl and Old Trafford, that's why we are trying to create environments that mitigate as much risk as we possibly can."

The England-West Indies Tests will be the first major international cricket series since the pandemic.

Giles said the return of international sport would give people a lift.

"Far more important things are going on than sport," he said. "We are hopeful that if we can get international sport on, it will be a real fillip for many people around the world."

Shadab Khan Cricket Ashley Giles
Get the latest updates on SA vs IND 2021-22, check out the Schedule and Live Score . Like us on Facebook or follow us on Twitter for more sports updates. You can also download the NDTV Cricket app for Android or iOS.