England are scheduled to play a three-Test series against the West Indies in June, with the opening match at The Oval starting on June 4. 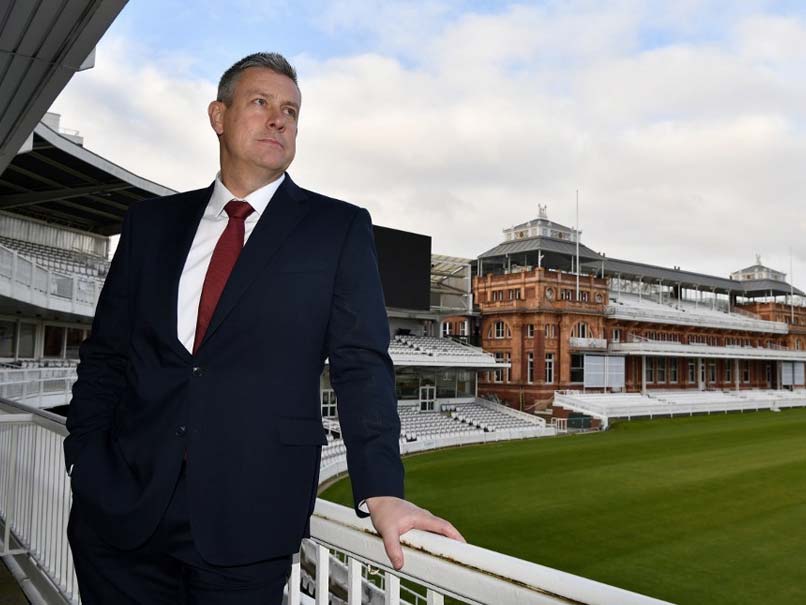 Ashley Giles has forecast a significant delay to the home series against the West Indies in June.© AFP

England cricket team chief Ashley Giles has forecast a significant delay to the home series against the West Indies in June should the coronavirus relent sufficiently to allow the three Tests to go ahead. The county championship, comprising four-day matches, was due to start on Sunday but English cricket is shut down until at least May 28, with the expectation of further postponements. England are scheduled to play a three-Test series against the West Indies in June, with the opening match at The Oval starting on June 4.

But England team director Giles told reporters in a conference call on Thursday: "The deadline of May 28 still stands but it's looking less and less likely that we're going to be out there in June.

"We have to look at alternatives."

Following the visit of the West Indies, England are meant to play home series against Pakistan, Australia and Ireland as well.

"We are looking at scenarios where we can push those matches back as far as possible without losing any cricket," said Giles.

"Whether eventually games start falling off the calendar right now we don't know.

"If we can't get it all, it's really important we work in partnership with all the other boards to fulfil those fixtures but with a priority on keeping people safe."

Meanwhile the former England spinner said an intra-squad match similar to the one Australia played before last year's Ashes could serve as a warm-up fixture for his side if the season can get underway.

With Britain currently in lockdown, players cannot go straight from their homes into the international arena.

"From a playing point of view certainly, I think we'll need to play a couple of warm-up games," Giles said.

"They could be behind closed doors, they could be among England players -- none of us really know until we get there."

Following last year's one-day World Cup in England, the Australians played a three-day 12-a-side match at Southampton as their sole warm-up fixture for the Ashes.

Australia coach Justin Langer then settled on his squad and saw the tourists hammer England in the first Test at Edgbaston by 251 runs, although the five-match series ended in a 2-2 draw.

England themselves benefitted from a similar fixture when their Twenty20 side lost a practice match to their own second string in Abu Dhabi in 2010.

As a result, batsmen Michael Lumb and Craig Kieswetter forced their way into the senior team that went on to win that's year's World Twenty20 in the Caribbean.

Giles, asked about an intra-squad match, replied: "If we had to, I think that would be a decent way around a problem if we weren't playing cricket more broadly. I think we could do that."

Giles added he was also open to the possibility of England's Test and one-day teams playing at the same time if that was the best way to fulfil fixtures in a shortened season.

"We have got enough depth where we can split our resources but we haven't got that far," he said.

West Indies Cricket Team Ashley Giles Cricket
Get the latest updates on SA vs IND 2021-22, check out the Schedule and Live Score . Like us on Facebook or follow us on Twitter for more sports updates. You can also download the NDTV Cricket app for Android or iOS.