PAK vs SA: Enjoying My Time In The Dressing Room, Says Fawad Alam

Pakistan batsman Fawad Alam, who scored a century in the first innings to put the hosts on top in the first Test against South Africa, said he is enjoying his time in the dressing room. 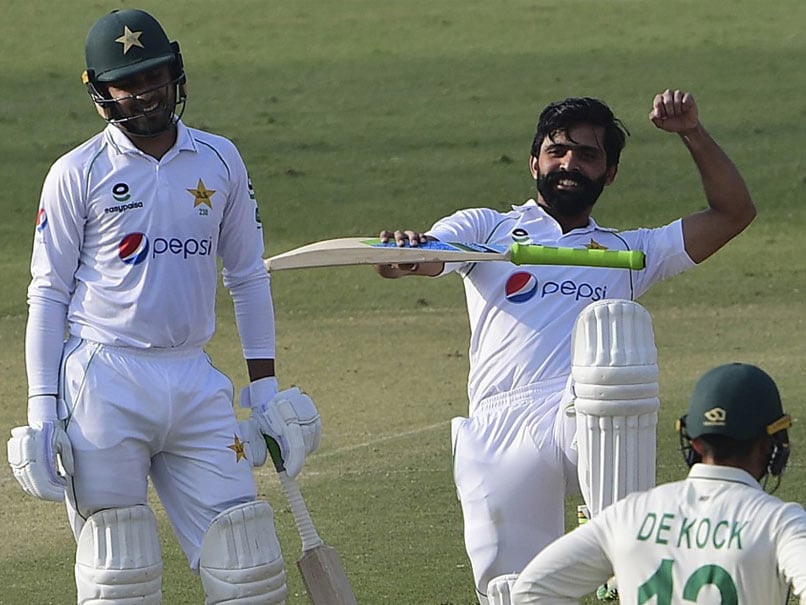 Fawad Alam was named Player of the Match for his knock of 109 runs in the first innings.© AFP

Pakistan batsman Fawad Alam, who scored a century in the first innings to put the hosts on top in the first Test against South Africa, said on Friday he is enjoying his time in the dressing room. Fawad was named Player of the Match for his 109-runs in the first innings as the hosts registered a seven-wicket win over the Proteas at the National Stadium."Very important knock. The team was 27/4. The better we did in the first innings, the easier it would've been. Pressure is a lot at the international level, especially making a comeback after such a long time," Alam said of his knock after the game.

"I'm enjoying my time in the dressing room. Pitch had double (variable) bounce, double pace, there were rough patches. But the talk was about applying yourself, going with the flow and not think about what's happening off the pitch. That was my thinking -- to apply myself," he added.

Nauman Ali made a memorable debut for Pakistan as he picked seven wickets, including a five-wicket haul in the second innings, to power his side to a win over South Africa on day four.

With this win, Pakistan has taken a 1-0 lead in the two-match series.

Chasing the target of 88, Pakistan openers Imran Butt and Abid Ali avoided risky shots as the team was not chasing a huge target. However, Anrich Nortje came out all guns blazing in the eighth over, removing both Abid (10) and Butt (12).

Azhar Ali and skipper Azam then joined hands in the middle. Both played brilliantly, scoring regular boundaries but with the team just two runs away, Keshav Maharaj dismissed Babar (30) in the 23rd over. Fawad Alam then came out and hit a boundary to take Pakistan over the line.

Babar Azam Fawad Alam Anrich Nortje Cricket
Get the latest updates on Olympics 2020, Olympics 2020 Medal Tally, Live Cricket Score . Like us on Facebook or follow us on Twitter for more sports updates. You can also download the NDTV Cricket app for Android or iOS.