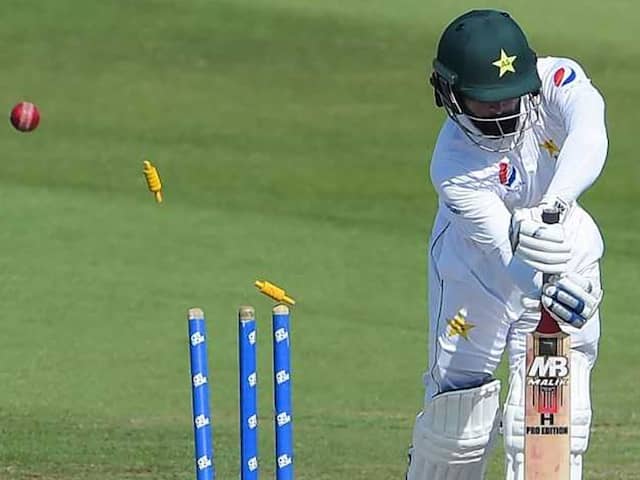 Chasing a target of 280, Pakistan were bundled out for 156 in their second innings.© AFP

Pakistan team suffered a batting collapse in their second innings as they lost the third and final Test against New Zealand by 123 runs in Abu Dhabi on Friday. With the defeat in the final Test Pakistan lost the three-match series 1-2. Soon after the embarrassing loss, the Pakistan team was subjected to heavy criticism on social media. Along with the fans, former cricketers also expressed their disappointment over team's batting effort on the final day of the Test.

Here are some of the tweets after Pakistan's loss:

Pathetic team and management and performance as always. They play without planning and skills and unable to chase a simple score. Wasted so many easy balls by blocking them unnecessary resulted to lost all wickets.

Ask micky &grand they will answer better..i know the answer our batesmen are very good but lack of application...

Shame on u, and ur player
Why u took like Babar Azam etc
He played for fifty, #PAKvNZ

Don't expect the same result its gonna be white wash in all the formats. This team is going nowhere as long as sarfaraz is the captain

Chasing a target of 280 on the final day, Pakistan were bundled out for 156 in their second innings. Apart from Babar Azam's gritty knock of 51, no other batsman failed to get going. Seven batsmen were out for single digits during the run-chase on the final day.

For New Zealand, Tim Southee (3-42), Ajaz Patel (3-42) and debutant William Somerville (3-52) starred with the ball. The spin duo of Ajaz and Somerville ran through the Pakistan batting order.

Pakistan's next challenge will be against South Africa, where they will play 3 Tests, 5 One Day Internationals (ODIs) and 3 T20 Internationals (T20Is). The Test series will commence from December 26 in Centurion.

Sheikh Zayed Stadium, Abu Dhabi Cricket Pakistan vs New Zealand, 3rd Test
Get the latest Cricket news, check out the India cricket schedule, Cricket live score . Like us on Facebook or follow us on Twitter for more sports updates. You can also download the NDTV Cricket app for Android or iOS.