Babar Azam scored his maiden Test century during the second Test against New Zealand in Dubai. 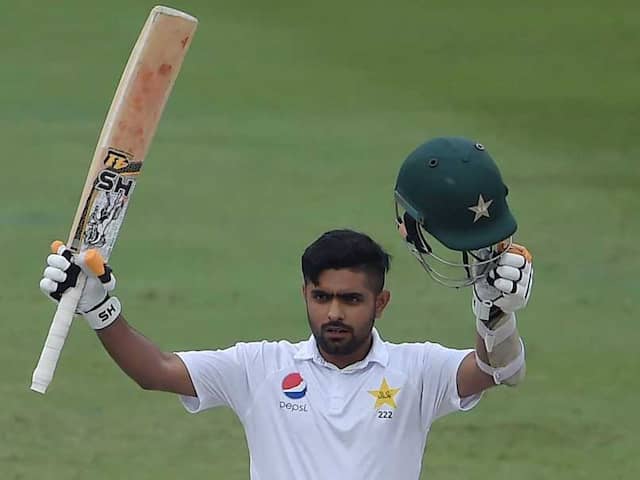 Pakistan middle-order batsman Babar Azam scored his maiden Test century against New Zealand during the second Test in Dubai. Babar played a gritty knock of 127 runs to help his side score 418 for five declared in the first innings. He was given a massive helping hand by Haris Sohail, who scored a brilliant 147. Babar received a lot of praise from the cricket fraternity but his celebrations were cut short by a tweet from Pakistani anchor and journalist Zainab Abbas. Following Babar's brilliant knock, Zainab took to Twitter to congratulate the Pakistan batsman but ended up getting on his wrong side after referring to him as Mickey Arthur's "son".

Babar was evidently upset and hit back at the Pakistani anchor.

Think before u say something and don't try to cross ur limits!!! https://t.co/w8I8139OeY

In the match, a career-best hundred from Sohail and a maiden century from Babar helped Pakistan post a big total to boost their chances of a series-levelling win against New Zealand.

Azam ably supported Sohail and hit 12 boundaries and two sixes. He added 58 for the sixth wicket with skipper Sarfraz Ahmed who made 30 not out.

New Zealand negotiated nine overs without losing a wicket for 24 under lights in overcast conditions before umpires called off the day with two overs remaining.

Opener Jeet Raval was unbeaten on 17 with three boundaries while Tom Latham was five not out.

With the Dubai stadium pitch starting to turn ace leg-spinner Yasir Shah could be the key to Pakistan gaining a big first innings lead.

New Zealand, who lead the series 1-0 after a narrow four-run win in the first Test in Abu Dhabi last week, still trail by 394 runs with all ten wickets intact.

New Zealand Cricket Team Babar Azam Cricket
Get the latest Cricket news, check out the India cricket schedule, Cricket live score . Like us on Facebook or follow us on Twitter for more sports updates. You can also download the NDTV Cricket app for Android or iOS.