Video: Umpire Aleem Dar Hurt As Pakistan Batter Smashes A Shot Into Him

Pakistan vs England: Haider Ali played a pull shot off Richard Gleeson and it hit umpire Aleem Dar on the thigh as he tried desperately to get out of the way. 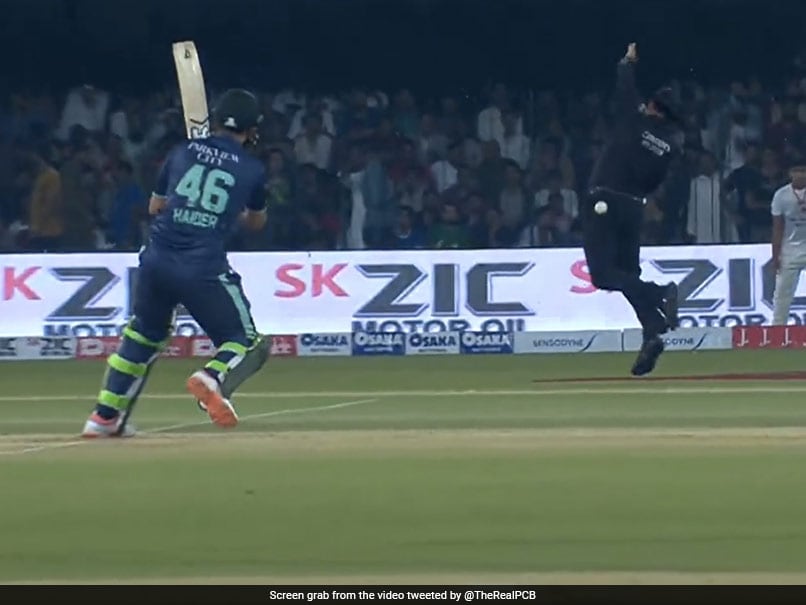 Umpire Aleem Dar suffered an unfortunate injury during the sixth T20I between Pakistan and England in Lahore on Friday as Haider Ali rammed a pull shot straight into him. Dar was the leg umpire in the sixth over of the match. Richard Gleeson bowled a short one and young Pakistan batter Haider Ali smacked a pull shot. Dar tried desperately to get out of the way of the shot but failed and the ball struck him on his thigh, sending him limping.

Thankfully, Dar was okay and was able to continue umpiring through the match.

Pakistan, put in to bat, saw yet another poor display by their middle order, with Babar Azam having to put on a one man show to take them to a total of 169/6.

The Pakistan skipper stepped up in the absence of his regular opening partner Mohammad Rizwan, who was also in red hot form. With the wicketkeeper-batter rested, Babar scored 87 off 59 deliveries to take Pakistan to a decent total as the rest of the batters faltered.

But the total was made to look anything but decent by a rampant Phil Salt, who led England's charge as they won the match inside 15 overs.

With the win at the Gaddafi Stadium on Friday, England levelled the thrilling series 3-3.

The two teams will now face off in the decider at the same venue on Sunday.

England Cricket Team Haider Ali Richard Gleeson Cricket
Get the latest updates on Fifa Worldcup 2022 and check out  Fifa World Cup Schedule, Stats and Live Cricket Score. Like us on Facebook or follow us on Twitter for more sports updates. You can also download the NDTV Cricket app for Android or iOS.