Pakistan vs Bangladesh: Pakistan Win 3-Match Series 2-0 After 3rd T20I Against Bangladesh Is Washed Off

The 2-0 series win helps Pakistan retain their number one ranking in T20Is. 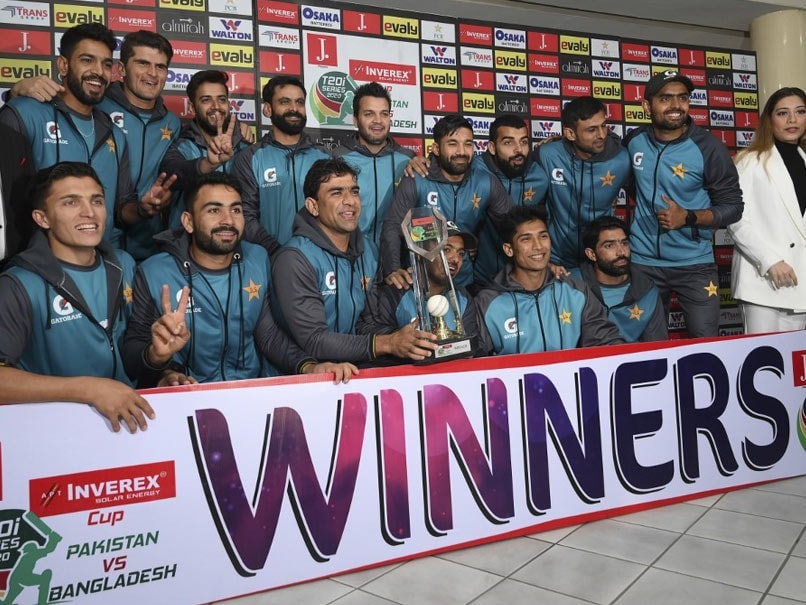 Babar Azam praised the efforts of the bowlers as Pakistan won the series 2-0.© AFP

The third Twenty20 international between Pakistan and Bangladesh was abandoned without a ball being bowled Monday because of bad weather in Lahore, giving the home side a 2-0 series victory. Murky conditions and drizzle delayed the scheduled 13:00 pm (0830 GMT) toss at the Gadaffi stadium pitch, but play was called off three hours later. Pakistan won the first match by five wickets on Friday and the second by nine wickets the next day. The series win helped Pakistan hang on to their number one ranking in Twenty20 internationals with 270 points, leading Australia by just one point.

"Our bowling was outstanding in both the games... helped us keep them down to low totals," said Babar who lost 2-0 in Australia last year in his first series as skipper.

"Before the series we knew that Pakistan will be favourites because they are world number one and we are nine.

"We managed to put a good fight in the first match, but in the second match they won convincingly because they have a good bowling side."

Bangladesh will fly out late Monday but return on February 5 to play the first of two Tests, in Rawalpindi.

They play a one-day international on April 3 in Karachi, and the second Test starting April 7.

Bangladesh Cricket Team Cricket
Get the latest updates on ICC T20 Worldcup 2022, check out the Schedule and Live Score. Like us on Facebook or follow us on Twitter for more sports updates. You can also download the NDTV Cricket app for Android or iOS.