Watch: Pat Cummins Takes A Blinder Off His Own Bowling To Dismiss Azhar Ali On Day 3 Of Pakistan vs Australia 3rd Test

Pakistan vs Australia, 3rd Test, Day 3: Australian skipper Pat Cummins pulled off an absolute blinder off his own bowling as he dismissed Azhar Ali for 78 runs. 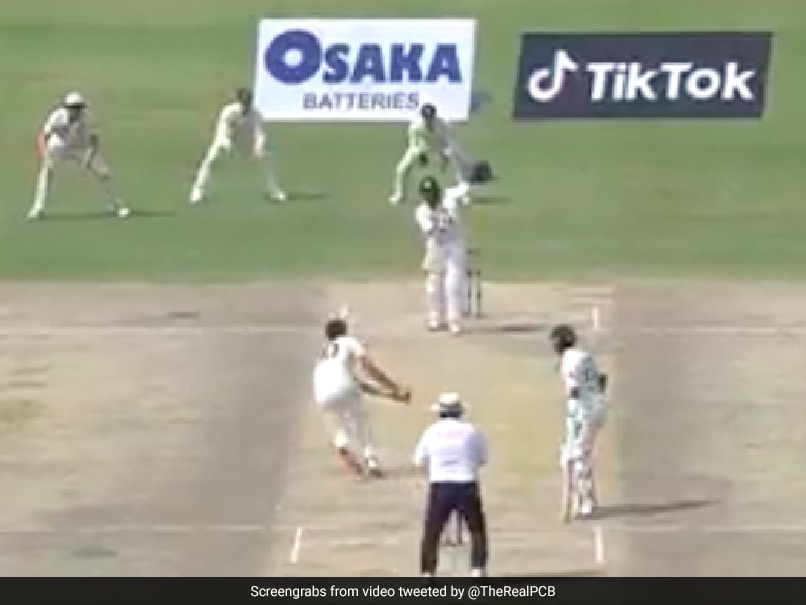 The crowd at the Gaddafi Stadium in Lahore were witness to a spectacular catch from visiting Australian captain Pat Cummins, who grabbed a screamer off his own bowling to see the back of Azhar Ali for 78 runs. On Day 3 of the third Test, the Pakistan batters made the bowlers work hard for their wickets before spinner Nathan Lyon got the first breakthrough of the day, getting rid of Abdullah Shafique for 81 runs. However, Ali continued to impress as he picked up from last night and completed a magnificent half-century.

Placed comfortably at 214/2 in 86.3 overs, Azhar tried to play a handsome straight drive on a not so overmatched delivery.

The batter struck the ball brilliantly but to everyone's utter disbelief, Cummins latched on to it at a low height, showcasing his incredible athletic reflexes.

The catch was so good that even the official Pakistan Cricket Twitter handle acknowledged it and wrote:

"What a catch by the captain. @AzharAli_ has to go."

Pakistan continued to frustrate the Australian bowlers having taken off from 90/1 at Stumps on Day 2.

The home side will be aiming to overhaul Australia's first innings total of 391 runs and add some crucial runs beyond that to put the visitors under pressure with a heavy lead.

Pat Cummins Azhar Ali Cricket Social
Get the latest updates on Fifa Worldcup 2022 and check out  Fifa World Cup Schedule, Stats and Live Cricket Score. Like us on Facebook or follow us on Twitter for more sports updates. You can also download the NDTV Cricket app for Android or iOS.