Pakistan vs Australia, 3rd ODI: It was an out-swinging low full toss from Shaheen Afridi, and before Travis Head could read the line of the delivery, the ball dipped and rattled his off-stump 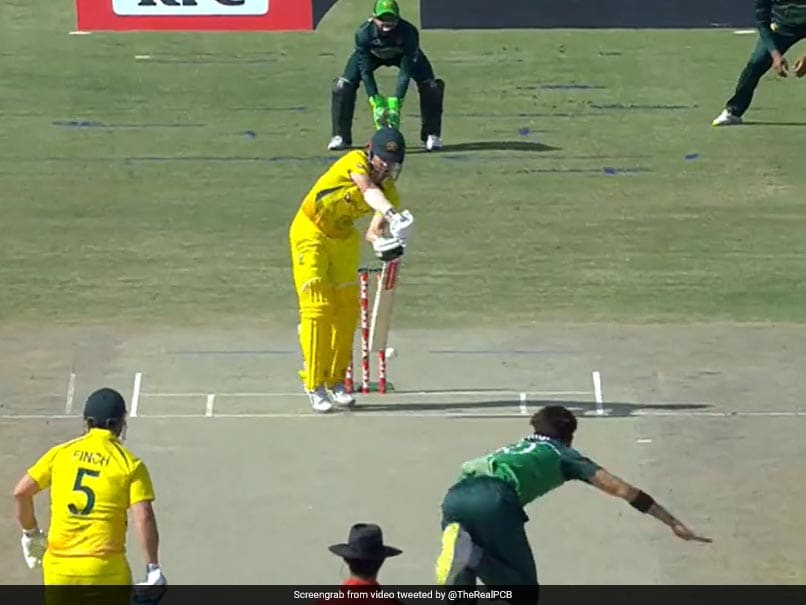 Watch: Shaheen Afridi cleans up Travis Head on the first ball of the match.© Twitter

After pulling off their highest successful ODI run-chase in the second match against Australia, Pakistan are off to a flying start in the series decider at the Gaddafi Stadium in Lahore. After electing to bowl, Pakistan bowlers struck early to dismiss both Australia openers cheaply. While Haris Rauf ensured that Aaron Finch's nightmare run continued in the ongoing series, Shaheen Afridi bamboozled the in-form Travis Head on the very first ball of the match.

It was an out-swinging low full toss, and before Head could read the line of the delivery, the ball dipped and rattled his off-stump.

The video of the dismissal was shared by the Pakistan Cricket Board (PCB) on their official Twitter handle.

Incidentally, Shaheen had also dismissed Finch for a first-ball duck in the previous match.

With the series on the line, Pakistan chased down a total of 349 to level the series and force the decider.

Imam-ul-Haq scored his second century of the series while Babar Azam also scored his 15th ODI ton as Pakistan chased down the target with each.

Earlier, Australia had posted a total of 348 for eight in 50 overs, thanks largely to Ben McDermott's first international century.

Apart from McDermott, Head had also scored a fine 89 as he missed out on his second successive century in the series.

The three-match ODI series will be followed by a one-off T20, which will be played at the same venue on Tuesday, April 5.

Shaheen Afridi Travis Head Gaddafi Stadium, Lahore Cricket
Get the latest updates on ICC T20 Worldcup 2022 and CWG 2022 check out the Schedule, Live Score and Medals Tally. Like us on Facebook or follow us on Twitter for more sports updates. You can also download the NDTV Cricket app for Android or iOS.