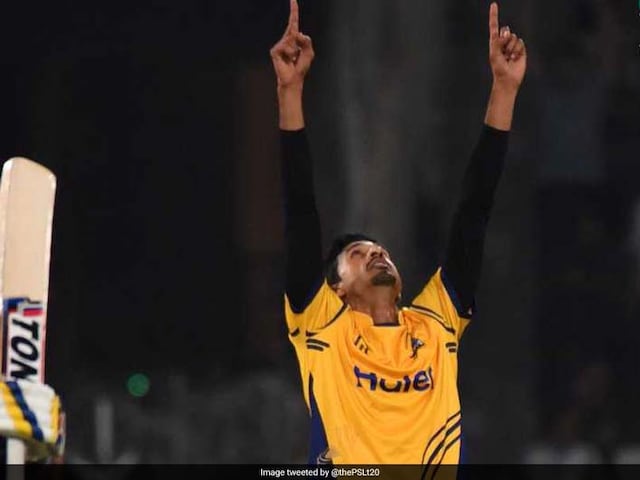 Title-holders Peshawar Zalmi clinched a last-ball win to beat Quetta Gladiators in the first eliminator by one run at Gaddafi Stadium in Lahore on Tuesday. Apart from Peshwar's win, it was their bowler Umaid Asif who hogged all the limelight. The right-arm medium took two wickets in Peshawar's win. He dismissed Quetta's Rilee Rossouw for 8 runs and then removed the dangerous Mahmudullah for 19. After taking Bangladesh all-rounder Mahmudullah's wicket, Asif went on celebrate in style. He flaunted the 'Iron Man' t-shirt, which he was wearing inside his team's jersey.

Quetta, chasing 158 for victory, needed 25 in the last over with Anwar Ali smashing three sixes and a boundary to keep the target down to three, but his partner Mir Hamza was run out as the batsmen tried a second run.

Peshawar Zalmi scored 157 all out in 20 overs with former England all-rounder Liam Dawson scoring a 35-ball 62 with six boundaries and four sixes.

Peshawar will now take on Karachi Kings in the second eliminator in Lahore on Wednesday and the winner of that match will face Islamabad United in the final in Karachi on Sunday.