A Twitter user leaked Imam-ul-Haq's social media chats with several girls also alleging that the cricketer cheated on them. 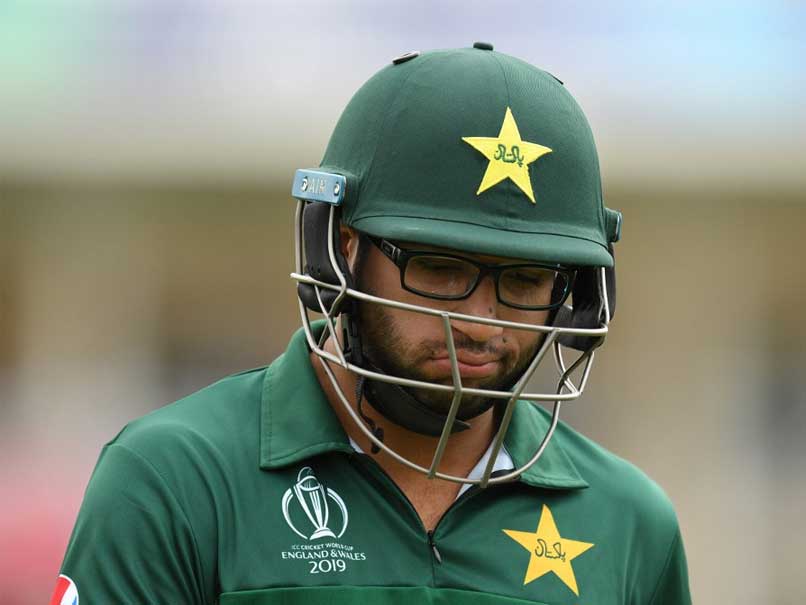 Imam-ul-Haq was an integral part of the Pakistan cricket team during the World Cup 2019.© AFP

Pakistan cricketer Imam-ul-Haq has landed himself in a soup after a Twitter user accused him of having multiple affairs. The user leaked the Pakistan opener's social media chats with several girls, also alleging that the cricketer cheated on them. "So apparently Mr. @ImamUlHaq12 was dating 7 to 8 (that we know of) women and kept using them and manipulating them. He kept telling them the whole time how he's single. Some of the screenshots attached from girl 1," a Twitter user wrote attaching screenshots of the cricketer's alleged chat.

The Twitter handle from which the alleged chats were leaked has been deleted but screenshots of the text messages are being circulated on social media.

The incident seems to have divided Twitter users with some questioning the cricketer's conduct while others criticising the girls.

Imam-ul-Haq was an integral part of the Pakistan cricket team during the recently-concluded World Cup 2019 and scored a century against Bangladesh.

Pakistan thumped Bangladesh by 94 runs in their last World Cup group match but suffered a painful exit as New Zealand pipped them to a semi-final place on net run-rate.

Pakistan paid a heavy price for a slow start to their World Cup campaign, winning just one of their first five matches.

They were shot out for a paltry 105 in their first match, with the West Indies winning in just 13.4 overs, meaning they took a huge hit on run rate.

They came back strongly to beat South Africa, New Zealand and Afghanistan.

Pakistan finished the tournament with four straight wins to sit fifth in the 10-team table.

Imam-ul-Haq Cricket
Get the latest updates on Fifa Worldcup 2022 and check out  Fifa World Cup Schedule, Stats and Live Cricket Score. Like us on Facebook or follow us on Twitter for more sports updates. You can also download the NDTV Cricket app for Android or iOS.