On This Day In 2004, Brian Lara Made History By Hitting 400 Against England 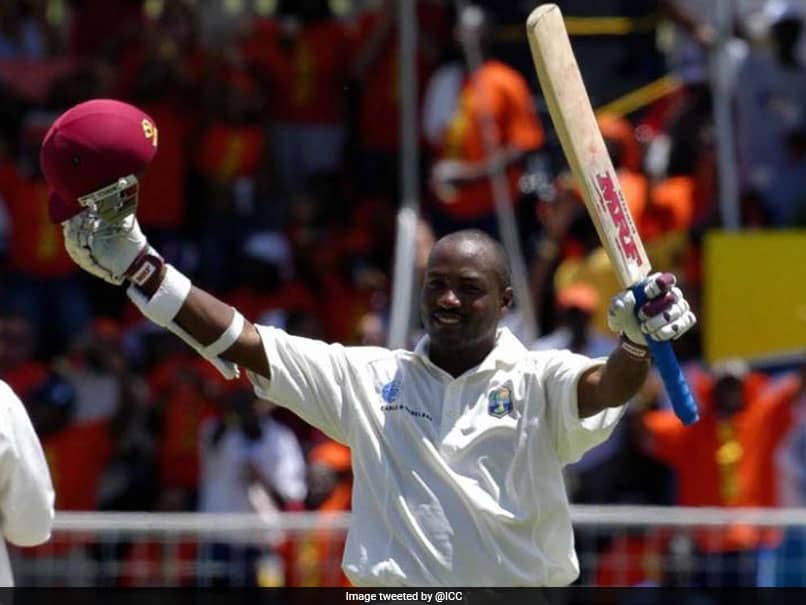 Brian Lara spent nearly 13 hours at the crease during his mammoth knock of 400 against England.© Twitter

On this day 16 years ago, legendary West Indies batsman Brian Lara recorded the highest-ever Test score by slamming an unbeaten 400 against England at St John's in Antigua. On the third day of the fourth and final Test of England's tour of the West Indies in 2004, Lara broke Matthew Hayden's record of the highest Test score of 380, which the Australian opener had scored against Zimbabwe less than a year earlier in Perth. The match ended in a draw, but it was a knock that has been etched in cricketing history.

Lara's 375 against England at the same venue in 1994 was the highest Test score until Hayden's knock against Zimbabwe nine years later. But Lara was soon to reclaim that particular record.

Having lost the first three matches, Lara won the toss in the fourth match and opted for his team to bat first.

Facing a formidable bowling attack that boasted of the likes of Steve Harmison, Andrew Flintoff and Matthew Hoggard, Lara faced 582 deliveries, spending nearly 13 hours at the crease, as he hit 43 boundaries and four sixes on his way to becoming the first and only player to reach the 400-run mark in Test cricket.

The International Cricket Council (ICC) tweeted in remembrance of the famous innings.

#OnThisDay in 2004, Brian Lara slammed a record-beating 400* against England in St John's

It remains the highest-ever individual score in Tests.

Interestingly, Lara also holds the record for the highest score in first-class cricket for his unbeaten 501 for Warwickshire against Durham in the English County Championship in 1994.

England Cricket Team Brian Lara Cricket
Get the latest updates on IPL 2021, IPL Points Table , IPL Schedule 2021 , live score . Like us on Facebook or follow us on Twitter for more sports updates. You can also download the NDTV Cricket app for Android or iOS.