Middlesex batsman Nick Gubbins made 150 not out away to arch-rivals Surrey as the delayed English county season got underway on Saturday. 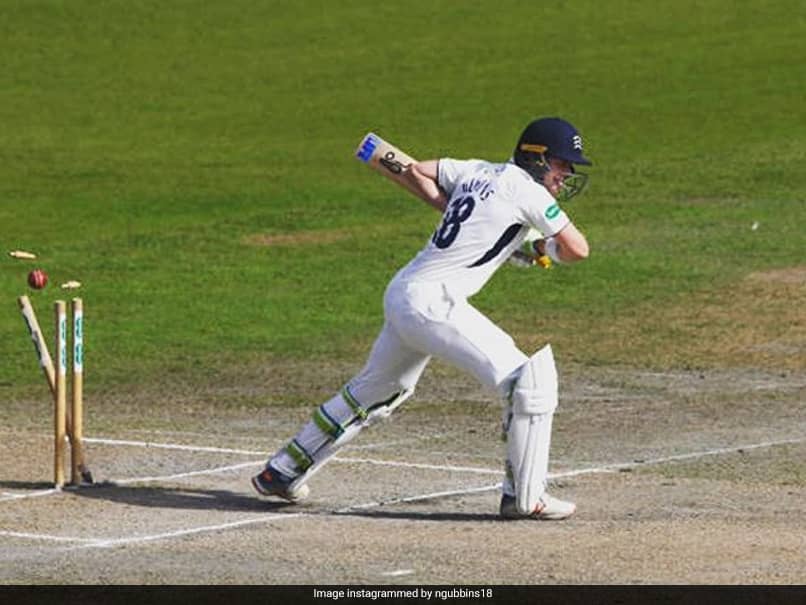 Middlesex's Nick Gubbins made 150 not out away to arch-rivals Surrey as the delayed English county season got underway on Saturday. In a season cut short by the coronavirus, the England and Wales Cricket Board (ECB) decided it would be impossible to complete the usual two-division County Championship programme in full. Instead they opted to create the Bob Willis Trophy, named after the former England fast bowler and captain, who died aged 70 in December. The new competition sees the 18 first-class counties split into three regional groups -- North, Central and South -- where they will each play five matches, facing their local rivals once.

The two teams with the most points will then play a five-day final in the autumn.

Surrey had hoped to welcome spectators to the Oval, having seen 1,000 fans turn up for a practice match against Middlesex at their south London headquarters last Sunday.

But those ambitions were dashed with fewer than 24 hours remaining when British Prime Minister Boris Johnson announced Friday he was putting the break on a pilot scheme to welcome back spectators to major sporting events because of a COVID-19 upsurge.

The lack of a crowd did not deter Gubbins, however, after players, officials and staff all remembered those affected by the outbreak prior to play, before -- as has happened during England's recent internationals against the West Indies and Ireland -- taking a knee in support of the Black Lives Matter movement.

Gubbins, once talked of as an England prospect, managed just 530 Championship runs last season at an average of 22.

But the 26-year-old left-hander carried on from where he left off with his friendly hundred against Surrey by hitting 17 fours and a six to leave Middlesex on 264-4 at stumps.