Surrey County Club will play against Middlesex at the Kia Oval while Warwickshire will face Northamptonshire at Edgbaston and the games will be opened up to spectators. 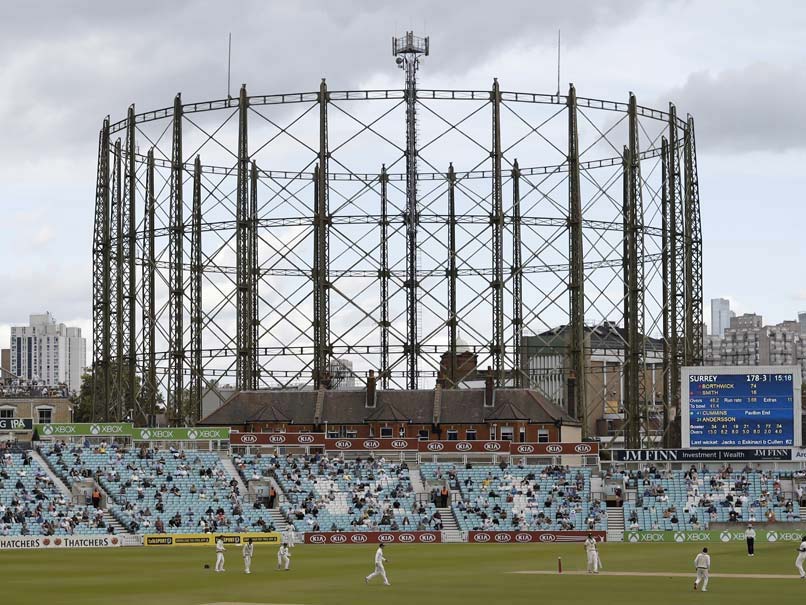 Kia Oval and Edgbaston ground will host up to 2,500 spectators per day for first two days of the matches.© AFP

Spectators will be permitted to attend first-class cricket for the first two days of the Bob Willis Trophy on Saturday and Sunday. Surrey County Club will play against Middlesex at the Kia Oval while Warwickshire will face Northamptonshire at Edgbaston and the games will be opened up to spectators. The fixtures are both parts of the second phase of UK government pilot events. Each ground will host up to 2,500 spectators per day for the first two days of their first matches.

"The two cricket pilots were among a small number of sporting events announced by the Government for testing the safe return of spectators, with a view to reopening venues for sports fans, with social distancing measures in place, from October 2020," the England and Wales Cricket Board (ECB) said in an official statement.

Neil Snowball, ECB Managing Director of County Cricket, said: "We're all excited about the start of the county cricket season, and of course we all miss not being able to go and watch as we normally would. These two pilots are an important step in testing the Government guidance and ensuring we can safely open our grounds again."

The Bob Willis Trophy, which gets underway on August 1 will hold the first-class status, but is a separate competition from the County Championship and will comprise three regionalised groups, consisting of six counties per group.

The Oval, London Cricket
Get the latest updates on IPL 2021, check out the IPL 2021 Schedule and Indian Premier League Live Score . Like us on Facebook or follow us on Twitter for more sports updates. You can also download the NDTV Cricket app for Android or iOS.