NZ vs WI: West Indies lost a total seven wickets in the first two sessions on Day 3 but only one after tea as Jason Holder launched into the bowling. 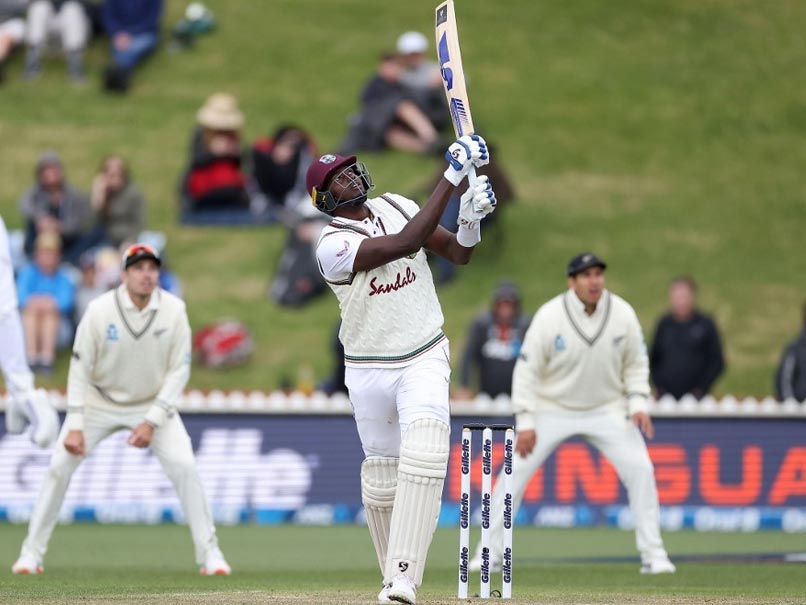 West Indies captain Jason Holder held off a venomous New Zealand attack as the tourists survived to be 244 for six at stumps Sunday on day three of the second Test in Wellington. They require a further 85 runs with four wickets remaining to make New Zealand bat again and avoid a second innings defeat. Against a four-pronged pace attack, who continued to get bounce and movement off the pitch, the West Indies lost seven wickets in the first two sessions but only one after tea as Holder launched into the bowling.

He was not out 60, with eight fours and two sixes, when bad light ended play an hour early.

Joshua da Silva, in his debut Test, was not out 25 with the pair adding an unbeaten 74 for the seventh wicket.

New Zealand needed less than five overs at the start of the day to take the remaining two wickets and end the West Indies first innings at 131.

Tim Southee mopped up the tail to finish with five for 32 to go with the five for 34 by Kyle Jamieson, who was not required to bowl on the third morning.

Faced with a 329-run deficit, the West Indies second innings was already wavering at 73 for two by lunch with Trent Boult accounting for Kraigg Brathwaite (24) and Darren Bravo (4).

John Campbell and Shamarh Brooks put on 89 for the third wicket but just as they looked comfortable the West Indies lost their way losing three wickets for three runs.

Neil Wagner accounted for Brooks (36) and Kyle Jamieson removed Roston Chase for this second duck of the match and bowled Campbell for 68 and the West Indies went to tea at 158 for five.

Despite a chilly breeze, more than 4,700 spectators filled the grass banks at the Basin Reserve waiting for New Zealand to mop up the tail.

But the only wicket to fall in the final session was that of Jermaine Blackwood, bowled by Boult for 20 before the stubborn resistance of Holder and da Silva ensured the Test went into a fourth day.

Boult, unsuccessful in the first innings, has three for 75 while Jamieson's two second innings wickets have given him seven for the match.

Jason Holder New Zealand vs West Indies, 2nd Test Cricket
Get the latest updates on ICC T20 Worldcup 2022, check out the Schedule and Live Score. Like us on Facebook or follow us on Twitter for more sports updates. You can also download the NDTV Cricket app for Android or iOS.