New Zealand vs West Indies: The West Indies ended the day two on the brink of another follow on as they struggled to 124/8, still 336 behind New Zealand's 460. 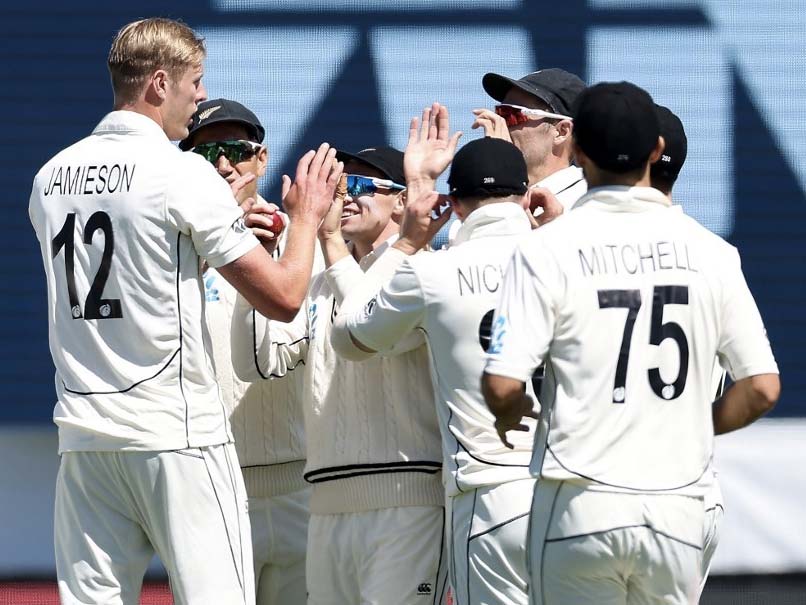 Kyle Jamieson bagged five wickets in a masterclass of swing bowling as New Zealand struck hard and fast to have the West Indies on the ropes on day two of the second Test in Wellington on Saturday. The tourists ended the day on the brink of another follow on as they struggled to 124 for eight, still 336 behind New Zealand's 460.

Only Jermaine Blackwoodprovided any serious resistance but he fell late in the day for 69 as Jamieson and Tim Southee ran through the West Indies batting line-up.

The Basin Reserve strip continued to provide all the ingredients on a fast bowler's wish list -- pace, bounce and movement -- and New Zealand exploited this perfectly.

The West Indies, though had problems allowing Henry Nicholls and Neil Wagner to plunder runs when the New Zealand innings resumed on Saturday morning.

Both scored personal bests, untroubled whether the West Indies bowled full or short, as Nicholls advanced from his overnight 117 to 174 while Wagner finished unbeaten on 66.

They moved the ball in and away and it took the tourists four overs to get their first runs on the board, by which stage Southee had already dismissed Kraigg Brathwaite caught at first slip by Ross Taylor.

After Southee caught and bowled Darren Bravo for seven, Jamieson stepped up with the back-to-back wickets of John Campbell 14 and Roston Chase to have the West Indies at four for 29.

It was familiar territory for Blackwood whose century in the second innings of the first Test started with the West Indies at four for 27.

He survived Jamieson's hat-trick ball, and the one after, which slammed both into the pads but vociferous appeals were turned down and replays showed the deliveries swinging away down the leg side.

When Jamieson boasted figures of three overs, two maidens and two for four, Blackwood mounted a counter attack with three boundaries in the tall right-armer's next over.

As the pair engaged in a private battle, Jamieson readjusted his line and bowled two consecutive maidens to Blackwood although the one opportunity to claim the wicket became a spilled caught-and-bowled chance.

Southee tied up Shamarh Brooks at the other end and the West Indies faced 27 dot balls before Blackwood broke the drought with a single.

The pair put on 68 for the fifth wicket before falling in quick succession.

Brooks faced 92 deliveries for a  stubborn 14 before he shouldered arms to a good length Jamieson ball that jagged back into the stumps.

Jamieson closed the day with the wickets of Jason Holder for nine and Alzarri Joseph without scoring to have figures of five for 34.

Southee has taken three for 29.

Unlike the West Indies, New Zealand did not struggle for runs and their final four wickets added 166 runs in 30 overs.

Joseph removed Jamieson for 20 and Southee for 11 before Wagner joined Nicholls in a rollicking 95-run stand.

Tim Southee Basin Reserve, Wellington Cricket
Get the latest updates on ICC T20 Worldcup 2022, check out the Schedule and Live Score. Like us on Facebook or follow us on Twitter for more sports updates. You can also download the NDTV Cricket app for Android or iOS.