New Zealand vs Pakistan, 2nd T20I: Veteran Mohammed Hafeez played a sterling knock, and came close to his maiden T20I century, but couldn't prevent a defeat for his side. 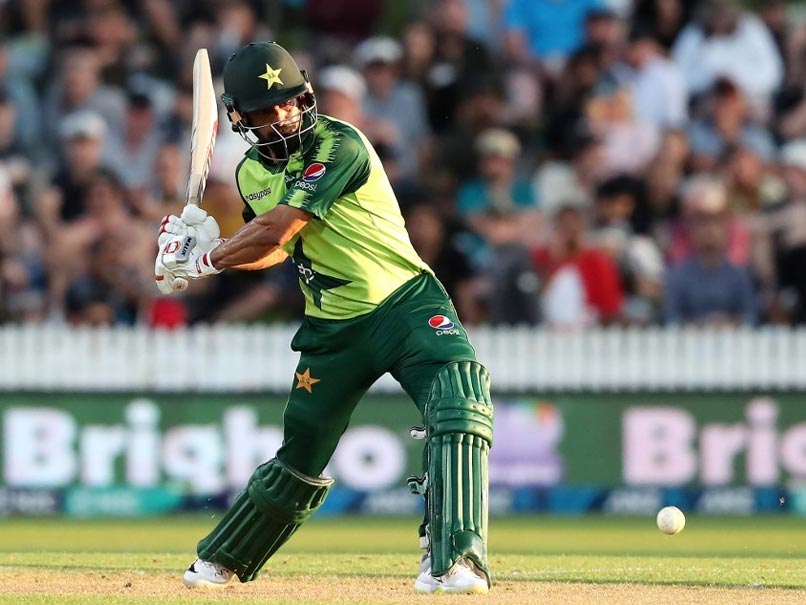 Despite losing to New Zealand once again in their ongoing series, Mohammad Hafeez scored a brilliant knock of 99 runs to help Pakistan put in a fight during the second Twenty20 International (T20I) at Seddon Park. The hosts won by nine wickets, but the veteran put in a one-man show to help his team post a target of 164 runs, with the rest of his teammates failing to make a big contribution with the bat. Once again proving why he is important to Pakistan's T20I unit, Hafeez ended Pakistan's innings with a six off Kyle Jamieson's final delivery, falling agonisingly short of his maiden T20I century, remaining unbeaten on 99.

Here is a video of Hafeez slamming a six off the final ball of the innings to reach 99:

On the final ball of the 20th over, Jamieson sent his delivery on a good length, at the stumps. Hafeez timed it perfectly to send it straight down the ground for a six. It is worth noting that he slammed three consecutive boundaries off the last three deliveries (6, 4, 6) against Jamieson.

The match started with Pakistan winning the toss, and electing to bat.

The visitors couldn't find any form once again, with veteran Hafeez coming to their rescue. Mohammad Rizwan was the second-highest scorer with 22 runs from 20 balls, followed by Khusdil Shah (14).

Hafeez scored his unbeaten knock from 57 balls, slamming 10 fours and five sixes. He also registered a strike rate of 173.68 in a fantastic knock.

Pakistan scored 163 for six from 20 overs. Tim Southee was on fire for the hosts, bagging four dismissals in four overs. Meanwhile, James Neesham and Ish Sodhi registered a wicket each.

The hosts ended up winning the match, courtesy of some excellent knocks by Tim Seifert and Kane Williamson.

New Zealand won the first T20I at Eden Park by five wickets and are leading the series 2-0. The third T20I will take place at McLean Park, on December 22.

The T20I series will be followed by a two-match Test series between both teams, and it starts from December 26.