New Zealand vs Pakistan: Have To Compensate With "Quality" Bowling In Test Series, Says Misbah-Ul-Haq

New Zealand vs Pakistan: Both teams are slated to play three T20Is on December 18, 20, and 22, while the ICC World Test Championship fixtures will be held in Mount Maunganui and Christchurch on December 26-30 and January 3-7, respectively. 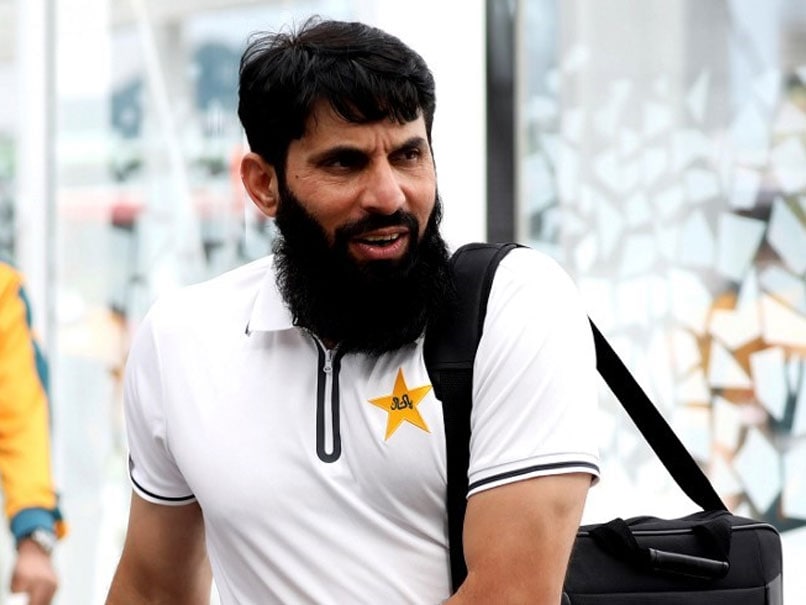 Misbah-ul-Haq arrives at the Christchurch International Airport on December 8.© AFP

Ahead of the two-match Test series against the Kiwis, Pakistan head coach Misbah-ul-Haq on Friday admitted that batting is a challenge on New Zealand pitches and the visitors have to make it up by "quality" bowling. Lockie Ferguson was in red hot form against the West Indies in the shortest format of the game. In the first T20I, Ferguson had scalped five wickets while in the last two games he picked one each. The Pakistan coach is wary of the threat and feels they have quality bowlers to counter-attack the New Zealand batsman. The former skipper also believes that experience of playing England earlier this year will help Pakistan when they lock horns with New Zealand in foreign conditions.

"We know he (Ferguson) bowls over 150km/h. He is a very hostile bowler but if they have one we have four bowlers like this who can touch 150. Wahab, even Shaheen too touches 144 when he hits his peak," Misbah said during a virtual press conference on Friday.

"Every match is important looking at Test championship. It's a tough task, but we have quality bowling. Batting is a challenge for us but we can make it up with our bowling qualities," he further said.

"NZ is a tough opponent, we saw them playing against West Indies but we are confident looking at how we played the last couple of series and England experience will help us, and hopefully we will be ready for competitive cricket by December 18," Misbah added.

The Pakistan coach also called for players to make sacrifices if they want cricket to win amid the coronavirus pandemic.

"We are here to play good cricket. Our main aim will be to win the series. In these tough times if we want to take sport ahead especially cricket it is important for us to sacrifice as Pakistan players did in the difficult times during the isolation," said Misbah.

"We support international cricket. I know it is tough for players to sacrifice but for fans and cricket we need to do that," he added.

Pakistan are slated to play three T20Is on December 18, 20, and 22, while the ICC World Test Championship fixtures will be held in Mount Maunganui and Christchurch on December 26-30 and January 3-7, respectively.

Lockie Ferguson Cricket
Get the latest updates on T20 World Cup, check out the T20 World Cup Schedule and Live Score . Like us on Facebook or follow us on Twitter for more sports updates. You can also download the NDTV Cricket app for Android or iOS.