Pakistan coach Misbah-ul-Haq has urged teams to tour to Pakistan as the sport needs mutual support to recover from the COVID-19 crisis. 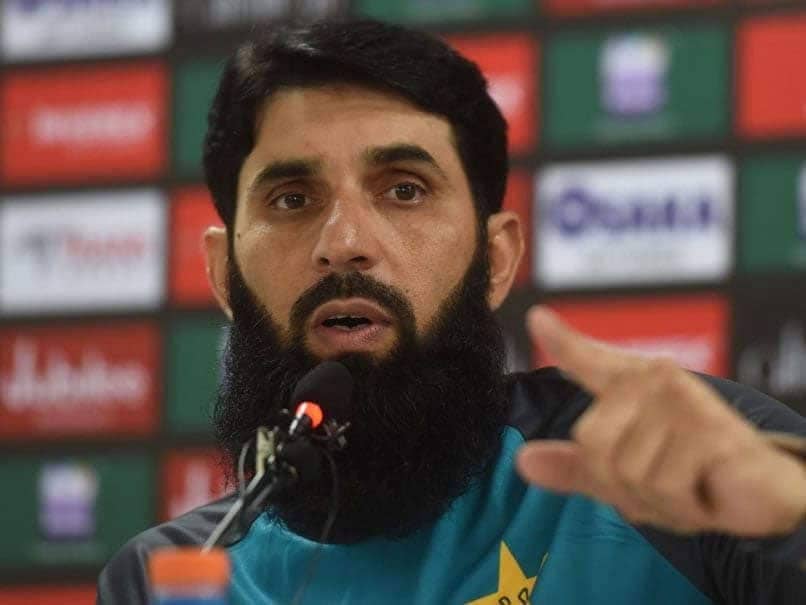 Misbah-ul-Haq said these are the times when the cricket world needs mutual support.© AFP

Pakistan cricket coach Misbah-ul-Haq urged more nations to tour the country, saying Monday the sport needs "mutual support" to recover from the coronavirus crisis. His appeal comes just a week after Pakistan finished a tour of England, where they played three Tests and as many Twenty20 internationals in empty stadiums. During the trip the squad spent two months in a bio-secure environment after several players tested positive for Covid-19 before the trip. Even before the pandemic, Pakistan struggled to attract touring teams after militants attacked the Sri Lanka's team bus in Lahore in 2009.

Security has improved, however, and last year Pakistan squared off against Sri Lanka in what was its first home Test in a decade.

Misbah said he hoped teams such as England would consider travelling to Pakistan as global sport slowly returns following months of inactivity.

"Our tour to England was important for both countries," Misbah told a press conference in the eastern city of Lahore.

"It was also important to support the cricket world in general and English cricket in particular in these testing times of Covid-19.

"Pakistan also deserves similar support from other countries. These are times when the cricket world needs mutual support."

Last week, England and Wales Cricket Board chairman Ian Watmore said England should "definitely" tour Pakistan provided it was safe to do so.

Misbah-ul-Haq Cricket
Get the latest updates on India vs Australia Series, check out the India vs Australia Schedule for 2020-21 and Ind vs Aus live score . Like us on Facebook or follow us on Twitter for more sports updates. You can also download the NDTV Cricket app for Android or iOS.