England were left to rue an uncomfortable day in the field with six spilled chances including three by James Vince. 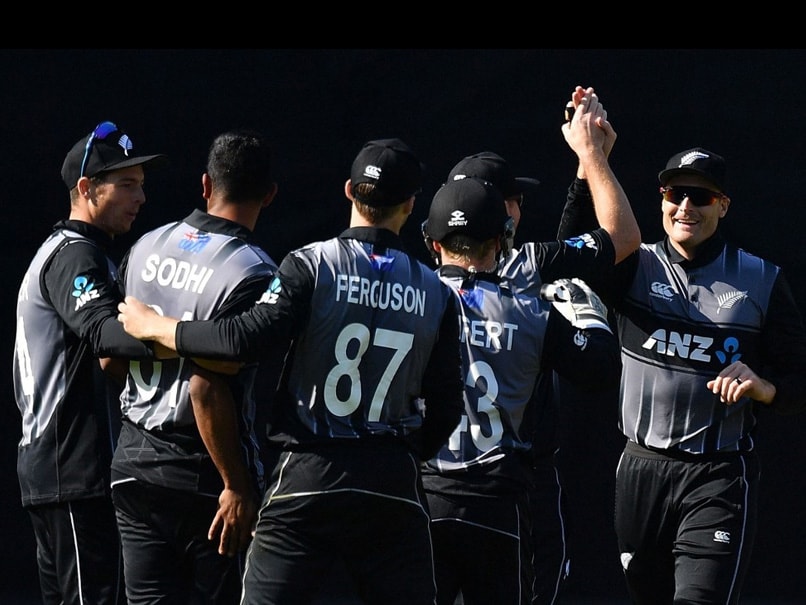 The safe hands of Colin de Grandhomme proved crucial as New Zealand drew level with England 1-1 in their Twenty20 international series in Wellington on Sunday. While de Grandhomme was pouching all four skied balls that went his way, England were left to rue an uncomfortable day in the field with six spilled chances including three by James Vince. New Zealand, who suffered a seven-wicket loss in the first match on Friday, were sent in to bat first and made their most of the errant fielding to post 176 for eight. Martin Guptill at the top of the innings clouted 41 off 28 deliveries, while Jimmy Neesham belted 42 off 22, including four sixes, before he was removed on the final ball of the innings.

De Grandhomme also pushed the pace, facing only 12 balls for a whirlwind 28.

England in reply looked comfortable at 91 for four in the 11th over before New Zealand removed the remaining six wickets to end the innings with a ball to spare.

England captain Eoin Morgan said it was easy to analyse the reasons for the loss, and the issues were repairable.

"We dropped catches and we continued to lose wickets," he said.

"We need to keep the attacking positive mindset. I think it's important to make mistakes, but I think the most important part is to learn from them."

After England lost Jonny Bairstow first ball, and Vince in the second over, Morgan (32) and Dawid Malan (39) set about rebuilding the innings.

But when Morgan gave de Grandhomme his first catch, the wickets fell regularly with only Chris Jordan (36 off 19) providing any solid resistance at the lower part of the batting order.

Malan fell to an exceptional diving catch by Guptill who also accounted for the wicket of Jordan in a polished New Zealand fielding performance.

Game three in the series is in Nelson on Tuesday.

Colin de Grandhomme New Zealand vs England, 2nd T20I Cricket
Get the latest updates on IPL 2021, check out the IPL 2021 Schedule and Indian Premier League Live Score . Like us on Facebook or follow us on Twitter for more sports updates. You can also download the NDTV Cricket app for Android or iOS.