Jimmy Neesham took to Twitter to vent his frustration after New Zealand suffered a shock defeat to England in the Rugby World Cup. 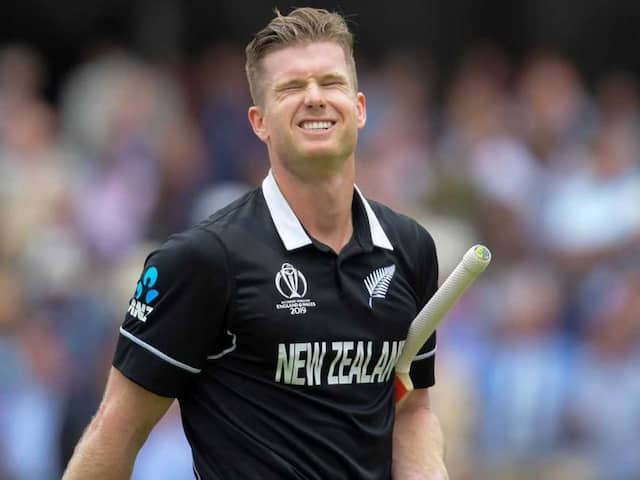 New Zealand all-rounder Jimmy Neesham is known to be as much of an entertainer off the field as on it, even if he is just venting his frustration. And one would imagine that he would just be getting over the Kiwis' heart-breaking defeat to England in the World Cup final in July, but England further compounded his misery with a shock 19-7 win over New Zealand in the Rugby World Cup semi-finals on Saturday. So it is no surprise that, when Jimmy Neesham shared a list of words that he muted in his notification settings on Twitter, it included just three terms - 2019, England and World Cup.

"I think that just about covers it," Neesham tweeted along with the picture in a series of tweets as he ranted about the All-Blacks' shock defeat.

"This is physically painful," he had tweeted after the match got over.

And then came this hilarious rant: "Brb gonna go set some teabags on fire and stamp on a Cornish Pasty."

I think that just about covers it. pic.twitter.com/IAetFuXk4W

England pacer Stuart Broad was left in splits by Neesham's sassy tweet, reacting with a series of laughing emojis.

In July, New Zealand suffered heartbreak as they lost on a boundary countback in the World Cup final against England after scores were tied at the end of the 50 overs played and the Super Over.

Jimmy Neesham was very much a part of that painful defeat, even being sent in to bat in the Super Over.

Of course, even in heartbreak then, he maintained his wit. "Kids, don't take up sport. Take up baking or something. Die at 60 really fat and happy," he had tweeted after the loss at Lord's.