Less than a year after Martin Crowe died of lymphoma aged 53, Ross Taylor's bid, in his return following eye surgery in late November, has become a focal point for New Zealand cricket fans. 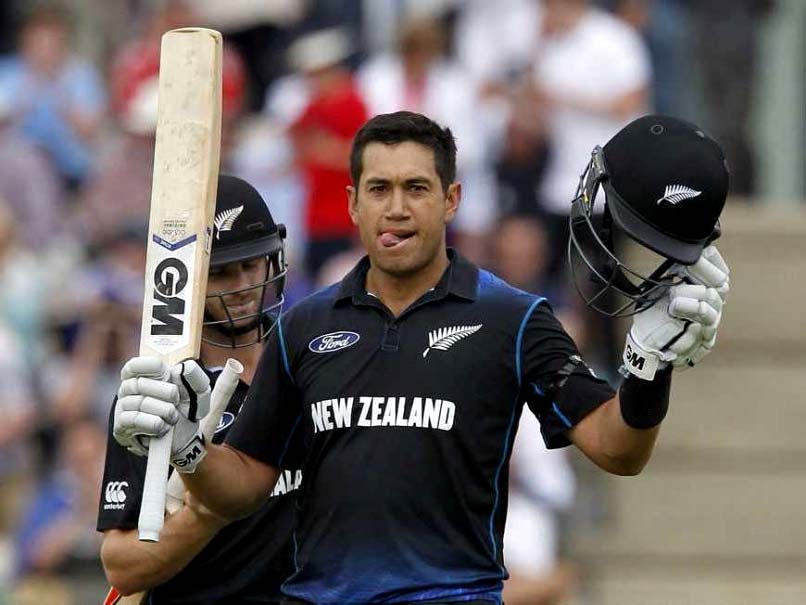 Ross Taylor has 16 centuries to his name, while Martin Crow has 17.© AFP

Ross Taylor goes into the first Test against Bangladesh on Thursday on the verge of matching his late mentor Martin Crowe's record for New Zealand hundreds.

Less than a year after Crowe died of lymphoma aged 53, Taylor's bid, in his comeback match following eye surgery in late November, has become a talking point for fans of the Blackcaps.

"Even people in the supermarket come up and mention it," Taylor said, ahead of the two-Test series opener at Wellington's Basin Reserve.

The 32-year-old has 16 tons to his name while Crowe, who was a key adviser and close friend, holds the Kiwis' record with 17 hundreds

New Zealand won their first five Test series against Bangladesh but drew their two Tests on tour in 2013, when Taylor posted his highest score yet against the team with an unbeaten 54 in the first game.

At the Basin Reserve, Taylor averages a shade under 56 and he has scored centuries there against the West Indies in 2013 and India in 2009.

In his last Test in Hamilton in November, Taylor scored a century against Pakistan before having a small, benign growth removed from his left eye.

Batting second would be a preference at green-topped Basin Reserve, which has a history of assisting the fast bowlers early before flattening out.

But Taylor said New Zealand cannot afford any complacency against Bangladesh, despite the tourists' lack of match play on green wickets.

"Over the last few years they haven't played a lot of Test cricket away from home so it's going to be difficult on that wicket," he said.

"We can't take them lightly and I'm sure their fast bowlers will be licking their lips. When there is a bit of green grass it brings the teams a bit closer together."

The tourists have lost all three one-day internationals and three Twenty20s and the two Tests offer a chance for redemption.

But 21-year-old fast bowler Taskin Ahmed, who is expected to make his Test debut, said Bangladesh were looking forward to taking to the green Wellington pitch.

"The bowlers are pretty happy -- it's greenish and hard, good to bowl on. We're going to enjoy it," he said.

Bangladesh have confirmed they have a full squad to call on with captain Mushfiqur Rahim back to fitness after missing most of the limited-overs games with a hamstring injury.

Opener Imrul Kayes has recovered after crashing into an advertising hoarding in Tauranga in the second Twenty20 on Sunday.

Comments
Topics mentioned in this article
New Zealand Cricket Team Ross Taylor Martin David Crowe Cricket
Get the latest updates on Fifa Worldcup 2022 and check out  Fifa World Cup Schedule, Stats and Live Cricket Score. Like us on Facebook or follow us on Twitter for more sports updates. You can also download the NDTV Cricket app for Android or iOS.