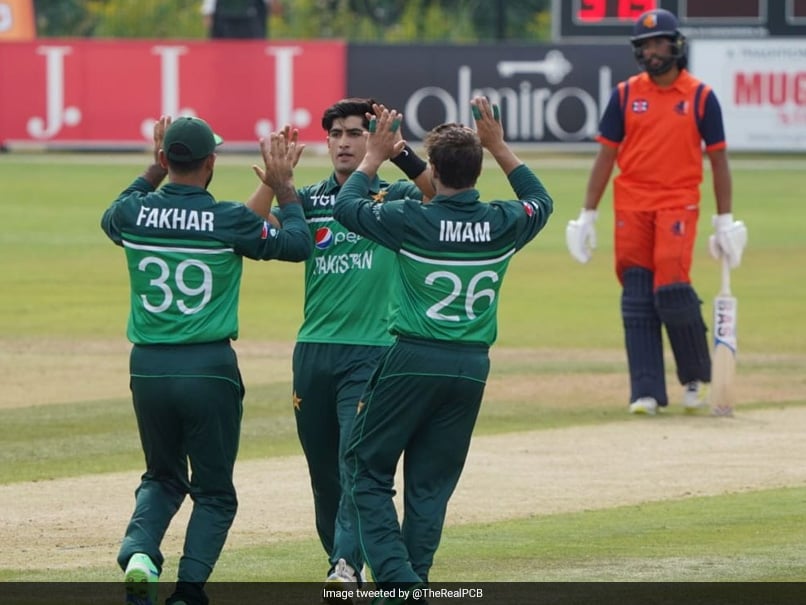 Netherlands vs Pakistan, 1st ODI Highlights: Pakistan defeated Netherlands by 16 runs in the first ODI of the three-match series in Hazelaarweg, Rotterdam. Haris Rauf and Naseem Shah returned figures of 3 for 67 and 3 for 51, respectively, as Netherlands scored 298 for 8 in the stipulated 50 overs. Earlier, Fakhar Zaman and Babar Azam had led the Pakistan innings to help the side post 314 for 6. The duo had put up a strong partnership of 168 runs for the second wicket to help Pakistan rise from 10 for 1. While Babar departed after scoring 74 runs, Fakhar lost his wicket on 109. Notably, the Pakistan skipper had won the toss and opted to bat first. The rest two ODIs between the sides will be played at the same venue. (SCORECARD)

Here are the Highlights from 1st ODI between Netherlands and Pakistan, straight from Hazelaarweg, Rotterdam

Shaheen Afridi Netherlands vs Pakistan, 1st ODI Cricket Live Blogs
Get the latest updates on India vs South Africa and check out  Schedule, Results and Live Score. Like us on Facebook or follow us on Twitter for more sports updates. You can also download the NDTV Cricket app for Android or iOS.