Sachin Tendulkar achieved this feat the age of 16 years and 213 days. 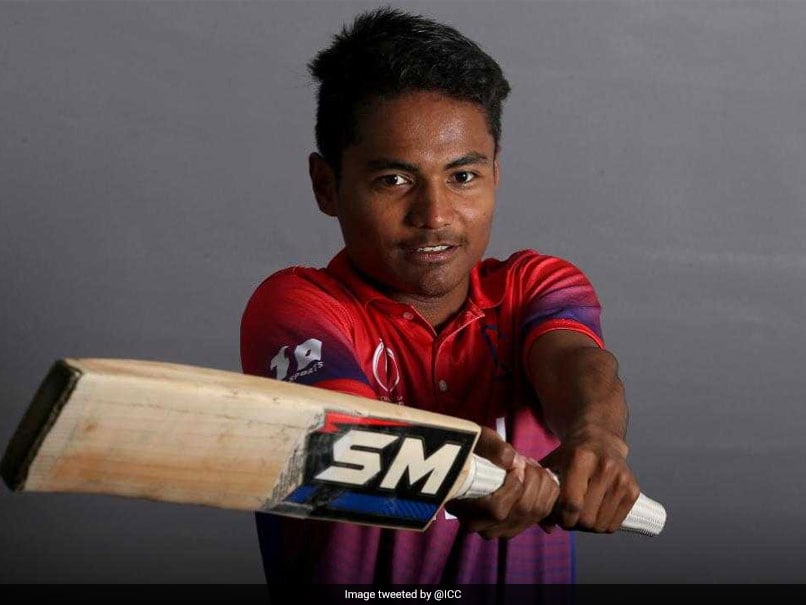 Nepal batsman Rohit Paudel broke Sachin Tendulkar's record to become the youngest player in international cricket to score a half-century. Rohit Paudel set the new record at the age of 16 years, 146 days while representing his national team in the second One-Day International (ODI) against UAE on Saturday in Dubai. The previous record was held by cricket legend Sachin Tendulkar, who scored 59 runs in a Test match against Pakistan at the age of 16 years and 213 days.

He is also the youngest man to score a one-day international half-century, beating Shahid Afridi, who smashed a 37-ball century in an incredible first innings against Sri Lanka aged 16 and 217 days.

According to International Cricket Council (ICC), Paudel has long been touted as a future star of Nepalese cricket, having struck highly rated Indian speedster Kamlesh Nagarkoti for 24 runs in five balls in an U19 ODI in 2016.

He was also at the crease as Nepal secured ODI status for the first time with victory over Papua New Guinea at the Cricket World Cup Qualifier.

Paudel stroked a 58-ball 55 as Nepal, one of cricket's rising forces, thrashed the United Arab Emirates by 145 runs in the second ODI.

His fellow teenager, the 18-year-old Sandeep Lamichhane, claimed 4-24 with his leg-spin as Nepal bowled out their hosts for just 97 in an ill-fated chase of 243 to win.

Paudel was, however, a fair way off the record for all internationals, with South African women's player Johmari Logtenburg having scored fifties in both Test and ODI cricket as a 14-year-old.

Shahid Afridi Cricket
Get the latest updates on Fifa Worldcup 2022 and check out  Fifa World Cup Schedule, Stats and Live Cricket Score. Like us on Facebook or follow us on Twitter for more sports updates. You can also download the NDTV Cricket app for Android or iOS.