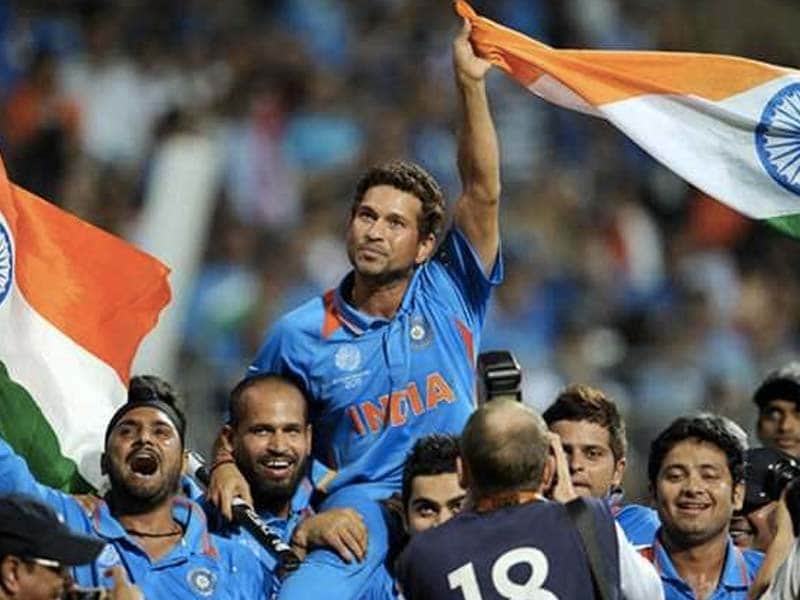 Sachin Tendulkar took to Twitter to wish one and all.© File Photo/Twitter

India is busy celebrating its 70th Republic Day, and how could the sports stars miss out on sending across their best wishes to one and all. Sachin Tendulkar, Jasprit Bumrah, Harbhajan Singh, Sania Mirza, Saina Nehwal and many other Indian sport celebs took to Twitter to celebrate. In fact, former South African batsman Herschelle Gibbs also sent out his greetings on the micro-blogging site.
Here's a list of Twitter reactions from the world of sports.

Celebrating the spirit of India and wishing you all a very #HappyRepublicDay2019 pic.twitter.com/rCkoLOrsWh

Celebrations for the 70th Republic Daybegan on Saturday when the ceremonial parade rolled down the majestic Rajpath here with South African President Cyril Ramaphosa in attendance as the chief guest, amid unprecedented security deployment in New Delhi. Prime Minister Narendra Modi paid his tributes to the martyrs by laying a wreath at Amar Jawan Jyoti in the presence of Defence Minister Nirmala Sitharaman and the three service chiefs.

At the unfurling of the tricolour, the band played the national anthem with a 21-gun salute fired in the background. Many senior leaders, including Home Minister Rajnath Singh and External Affairs Minister Sushma Swaraj, and former prime ministers Manmohan Singh and Deve Gowda, Congress leaders Rahul Gandhi and Ghulam Nabi Azad and Delhi Chief Minister Arvind Kejriwal were among those present on the occasion. The overall theme for the Republic Day celebrations this year is the 150th birth anniversary of Mahatma Gandhi and tableaux of many states, themed on him, are lined up for the occasion.

Officials said Ramaphosa is the second South African president, after Nelson Mandela, to attend the grand event as its chief guest.    Four Indian National Army (INA) veterans, aged over 90 years, took part in the parade, among the many firsts for a Republic Day parade.

Comments
Topics mentioned in this article
All Sports

Sachin Tendulkar Herschelle Gibbs Harbhajan Singh Cricket Saina Nehwal
Get the latest updates on Fifa Worldcup 2022 and check out  Fifa World Cup Schedule, Stats and Live Cricket Score. Like us on Facebook or follow us on Twitter for more sports updates. You can also download the NDTV Cricket app for Android or iOS.