Sachin Tendulkar has been a regular at Grand Slams tennis events, especially Wimbledon. 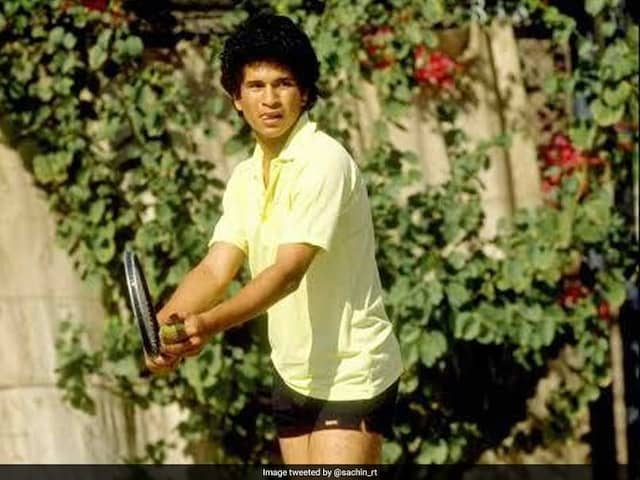 Sachin Tendulkar's love for tennis is not hidden from anyone.© Twitter

Sachin Tendulkar expressed his love for tennis during the ongoing Australian Open 2019 as he took a trip down the memory lane and shared some of his throwback pictures with his fans on social media on Thursday. "Nothing ever stopped me from playing sports. Not even when I didn't have my shoes on," the batting great captioned the photographs on Twitter in which he can be seen playing tennis in his younger days. Sachin Tendulkar also mentioned the Australian Open's official Twitter handle in the post that received engaging response from his fans.

Nothing ever stopped me from playing sports. Not even when I didn't have my shoes on. @AustralianOpen#ThrowbackThursday #TBT pic.twitter.com/RkAegtC7P2

Tendulkar's love for tennis is not hidden from anyone. He has confessed on many occasions that he is a fan of Swiss tennis legend Roger Federer.

Last year during Wimbledon, Tendulkar had praised Federer for "great hand-eye co-ordination" and asked for notes.

"As always, great hand-eye co-ordination. @rogerfederer, let's exchange notes on cricket and tennis after you win your 9th @Wimbledon title," Tendulkar had tweeted.

Tsitsipas will now take on Spanish tennis star Rafael Nadal in the quarterfinals on Thursday. Nadal is aiming for a fifth Australian Open final.

Nadal has reached to the quarterfinals without dropping a set. However, after watching Tsitsipas knock out Federer in four sets, the 32-year-old is in no mood to take him lightly. The second seed is chasing an 18th Grand Slam title at Australian Open.

Sachin Tendulkar Cricket Tennis Roger Federer
Get the latest Cricket news, check out the India cricket schedule, Cricket live score . Like us on Facebook or follow us on Twitter for more sports updates. You can also download the NDTV Cricket app for Android or iOS.