Muttiah Muralitharan dramatically claimed his last Test wicket with the last ball of his career as he ended with 800 victims. 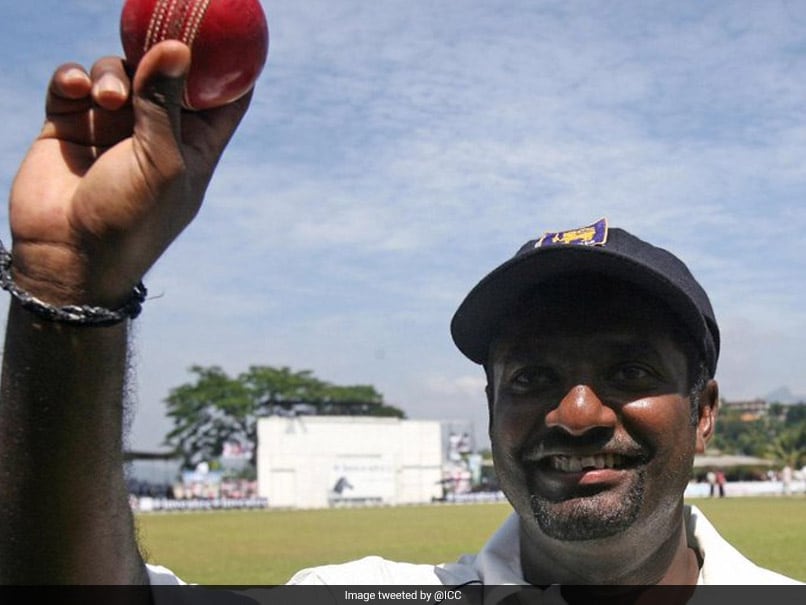 Muttiah Muralitharan was one of the most prominent faces in the Sri Lankan team.© Twitter

Muttiah Muralitharan, the former Sri Lankan off-spinner turned 48 on Friday. On his birthday, The International Cricket Council's (ICC) official Twitter handle posted a video clip of the moment when Muralitharan scalped his 800th Test wicket. ICC captioned the post saying," The moment Muralitharan reached 800 Test wickets". In the video, Muralitharan can be seen celebrating the momentous feat with his teammates as the crowd stands up and applauds the legendary spinner. Muralitharan's 800th scalp was former Indian spinner Pragyan Ojha. Ojha edged the ball outside which carried to the slip fielder making Muralitharan the only spinner to scalp 800 wickets in Test cricket.

Since then, Muttiah Muralitharan went on to become one of the most prominent faces in the Sri Lankan team. He was also one of the most feared bowlers in world cricket during his career.

During his career, Muttiah Muralitharan played 133 Test matches and claimed a staggering 800 wickets with an economy rate of 2.47. He still holds this record and it looks highly unlikely that any bowler will be able to achieve this feat in Test cricket at the moment.

In ODIs, Muralitharan featured in 350 matches and took 534 wickets with an economy rate of 3.93. He also played 12 T20Is for Sri Lanka and took 13 wickets in the shortest format of the game.

Muralitharan's last international game was against India in the 2011 World Cup final.

Muttiah Muralitharan Cricket
Get the latest updates on ICC T20 Worldcup 2022 and CWG 2022 check out the Schedule, Live Score and Medals Tally. Like us on Facebook or follow us on Twitter for more sports updates. You can also download the NDTV Cricket app for Android or iOS.