Watch: MS Dhoni Takes His Dogs For A Walk

MS Dhoni has a great liking for dogs and has often been caught on camera with his canine friends. 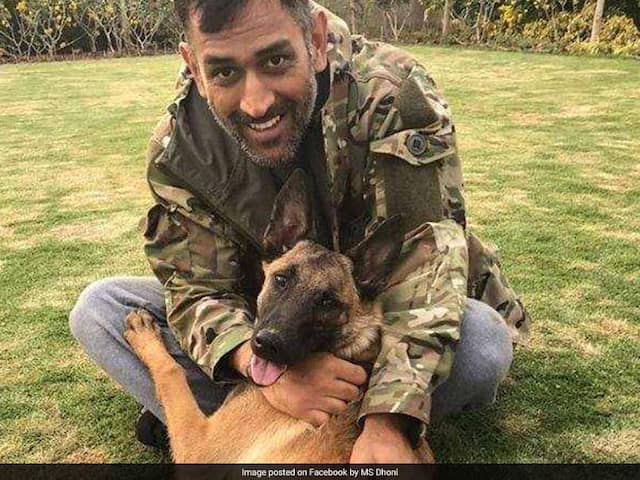 Former India captain Mahendra Singh Dhoni's love for dogs is well documented. From giving Labradors sniffer dogs tours of dressing rooms in cricket stadiums to playing with golden retrievers, Dhoni is often captured on videos in social media. In a latest video shared by Dhoni on his official Instagram account, he is seen taking his pack of dogs for a walk. "Morning walk with the pack. I think Sam knows she is my favourite so she takes the liberty of troubling everyone," the World Cup-winning captain captioned.

Morning walk with the pack.i think Sam knows she is my favourite so she takes the liberty of troubling everyone

During the recently-concluded Indian Premier League (IPL), Dhoni-led Chennai Super Kings (CSK) shared a video of Dhoni along with teammate Deepak Chahar giving a Labrador a tour of the CSK dressing room. A picture of Dhoni walking the dog in the stadium was also posted on the CSK account.

Chennai beat SunRisers Hyderabad to clinch their third IPL title at the Wankhede Stadium. With this win, Chennai equalled Mumbai Indians' record for winning the tournament thrice. Skipper Dhoni also had a stellar 2018 season. He amassed 455 runs in 16 matches at an impressive average of 75.83.

Dhoni called time on Test career in 2014 but he remains a mainstay of the Indian cricket team in the limited-overs format. Dhoni finished his impressive Test career with 4876 runs at an average of 38.09. He made his Test debut against Sri Lanka in 2005 and played his last Test against Australia in 2014. Dhoni made his international ODI debut in 2004 against Bangladesh.