Chennai Super Kings snared another record that went completely unnoticed in all the festivities of winning IPL 2018. 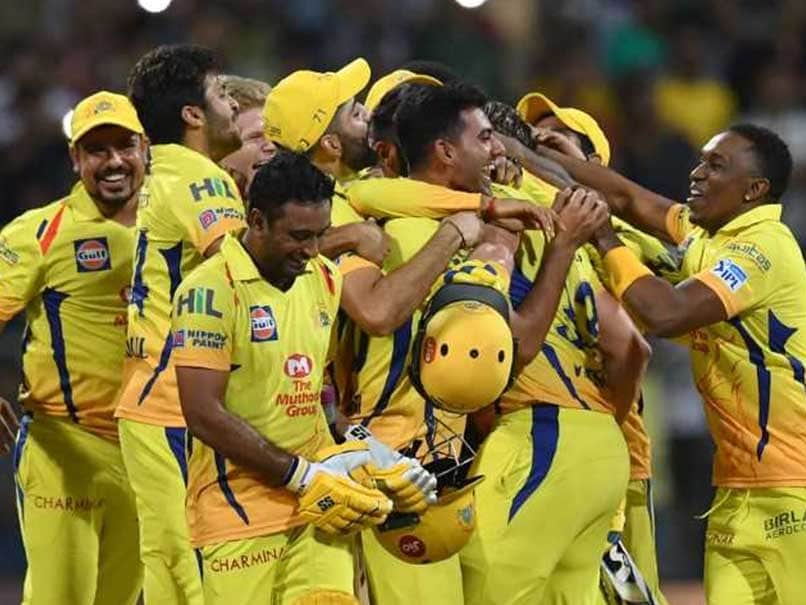 CSK broke RCB's record of most sixes by a team in a single IPL season.© AFP

Chennai Super Kings (CSK) captured their third Indian Premier League (IPL) title by outclassing SunRisers Hyderabad (SRH) in the IPL 2018 final at the Wankhede Stadium in Mumbai on May 27. MS Dhoni's side left it to the final to produce their most clinical performance with Shane Watson smashing a scintillating unbeaten century to blow away SRH's famed bowling attack. The win in Mumbai led to massive celebrations in Chennai with the team receiving a hero's welcome back home. In all the festivities, a record set by CSK during the final went completely under the radar.

On the day of the final, CSK hit a total of 10 sixes with Watson accounting for eight of them. Dhoni's team ended up with a total tally of a whopping 145 sixes in IPL 2018, breaking the previous record of most sixes by a team in a single IPL season that was set by Royal Challengers Bangalore in 2016.

RCB smashed a total of 142 sixes in 2016 with captain Virat Kohli leading from the front. The Indian run-machine had hit 38 sixes in IPL 2016 -- an all-time record for an individual player in the IPL. That season Kohli got some great support from AB de Villiers and Chris Gayle who hit 37 and 21 sixes, respectively.

While Watson failed to break Kohli's IPL record for most sixes by an individual in a single season, the Australian all-rounder came really close. Watson hit a whopping 35 maximums in IPL 2018. But more importantly for CSK he got some brilliant support from Ambati Rayudu and MS Dhoni that helped CSK trump RCB's record.

Rayudu smashed 34 sixes in season 11 while Dhoni hit 30 maximums. The likes of Suresh Raina (12) and Dwayne Bravo (10) also chipped in with some crucial big hits.

Comments
Topics mentioned in this article
Chennai Super Kings Sunrisers Hyderabad Shane Watson Ambati Rayudu MS Dhoni Virat Kohli AB de Villiers Indian Premier League 2018 Cricket
Get the latest updates on IPL Auction 2023 and check out  IPL 2023 and Live Cricket Score. Like us on Facebook or follow us on Twitter for more sports updates. You can also download the NDTV Cricket app for Android or iOS.