During an Instagram chat with Pommie Mbangwa, Dwayne Bravo spoke highly of former India captain MS Dhoni and also said that CSK fans were the most loyal. 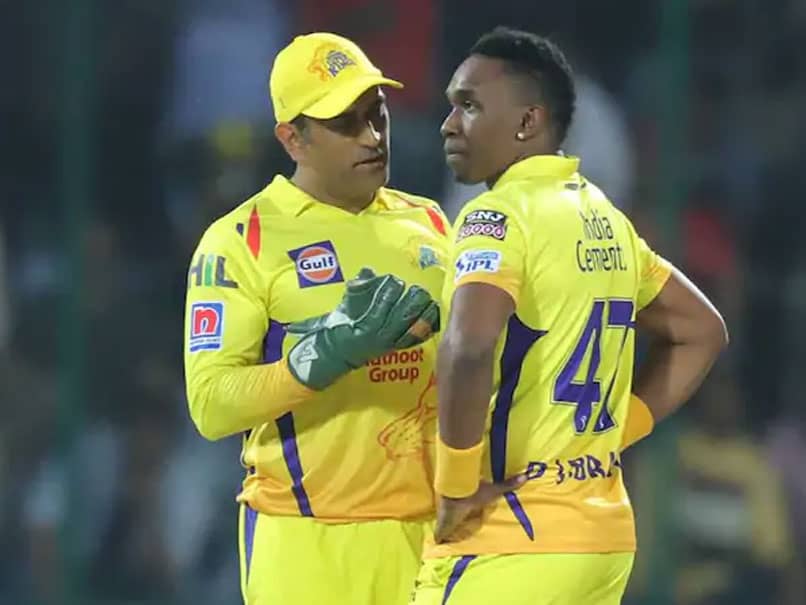 Dwayne Bravo said despite MS Dhoni's stardom, he is the "most humble of them all".© BCCI

West Indies all-rounder Dwayne Bravo has said that former India captain MS Dhoni is the biggest superstar in cricket and is one of the easiest people to interact with. Bravo was doing an Instagram live chat with former Zimbabwe pacer Pommie Mbangwa and it was then that the all-rounder was asked to talk about his stint with Chennai Super Kings (CSK). "I think a lot of credit for CSK's success has to be given to Dhoni and Fleming, obviously the owners, they trust both Fleming and Dhoni, so there is no outside interference when it comes to decision making, both are very big students of the game, players love MS and it's an environment and franchise that allows you to be you," Bravo told Mbangwa during the chat.

"MS Dhoni is the biggest superstar in cricket and in our team. He was one of the easiest people to interact with, outside of the cricket field, he is like playing video games, his door is open at all times, whenever you talk about the biggest superstar and then you think a person like Dhoni is the most humble of them all. CSK is a special team and we have the most loyal fans," he added.

Dwayne Bravo has been with the CSK since 2011. He has played a total of 104 matches for the franchise, picking up 121 wickets.

Dhoni, 38, is currently enjoying some time away from the game. He last played competitive cricket during the 2019 World Cup.

This year, Dhoni did not find a place for himself in the BCCI's centrally contracted players list. The board had released the list of central contract list of players for the period from October 2019 to September 2020.

Dhoni is the only captain to win all major ICC trophies (50-over World Cup, T20 World Cup, and Champions Trophy).

Under his leadership, India also managed to attain the number one ranking in Test cricket. He would have been leading the Chennai Super Kings (CSK) if the Indian Premier League (IPL) had commenced from March 29.

However, the tournament has been postponed indefinitely due to the coronavirus pandemic.