MS Dhoni Adds Jonga To His Collection Of Cars: Report

MS Dhoni's love for cars and bikes isn't new and he has now added another car in his garage -- the Jonga. 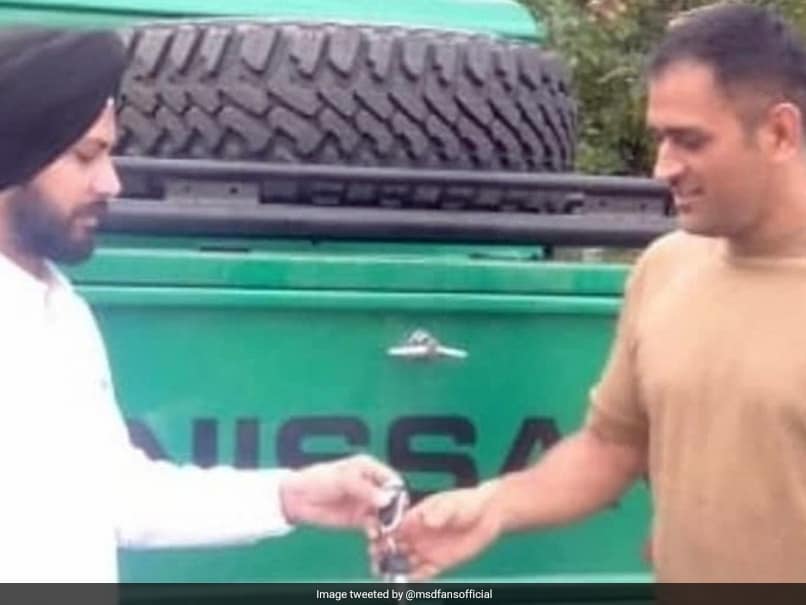 While fans were waiting for former India captain Mahendra Singh Dhoni's arrival at the local JSCA Stadium, which is hosting the third and last Test between India and South Africa, Ranchi's favourite son was busy riding his new Nissan Jonga on the streets in Ranchi. Dhoni's love for cars and bikes isn't new and he has now added another car in his garage -- the Jonga. The vehicle is used by the Indian Army. As soon as Dhoni reached a petrol pump near his home on Sunday, people gathered around the former skipper for pictures and Dhoni didn't dissapoint them, giving them autographs and selfies.

Earlier in September, Dhoni had added a car -- Jeep Grand Cherokee Trackhawk. The decorated former India captain was seen taking the jeep for a spin in the city as bystanders paused to admire the red midsize SUV.

Dhoni is the owner of several high-end vehicles, including a Ferrari 599 GTO, Hummer H2 and the GMC Sierra when it comes to four-wheelers. In two wheelers, the stumper has some great additions like the Kawasaki Ninja H2, Confederate Hellcat, BSA, Suzuki Hayabusha and a Norton Vintage among others.