Sarfaraz Ahmed was sacked as Pakistan captain and replacements were named for the Test and T20I squads. 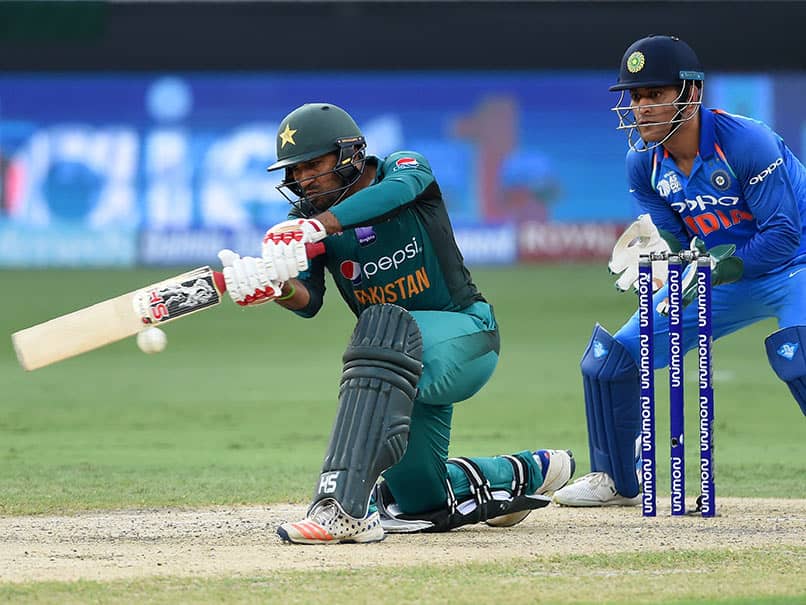 MS Dhoni is currently on a sabbatical from cricket but the talk of his future plans has been everywhere in the cricketing circles since he played last for India, the semi-final match of the World Cup against New Zealand on July 9. Recently, after the sacking of Sarfaraz Ahmed as Pakistan captain, his wife Khushbaht Sarfaraz compared the Pakistani wicketkeeper-batsman with MS Dhoni, adding that the former India captain was older and hadn't retired from cricket yet. She further expressed hope of a "strong comeback" by the 32-year-old Sarfaraz Ahmed.

"Why should he retire now? He is only 32. How old is Dhoni? Has he retired at his current age?" Khushbaht asked the critics of her husband in an interview with Deccan Chronicle.

"My husband will make a strong comeback. He is a fighter and will come back", she added.

Khushbaht revealed that Sarfaraz himself conveyed the news of his sacking to her. She believes that the right-handed batsman will play "burden-free now".

"We knew this (sacking) three days ago. It is not the end of the road for him. He will be able to play burden-free now," she said dismissing the retirement speculations," Khushbaht said.

On Friday, the Pakistan Cricket Board (PCB) sacked Sarfaraz Ahmed as captain in Tests and T20 Internationals.

It remains to be seen who will lead the side in ODIs, with Pakistan Cricket Board (PCB) saying that a decision will be "finalised in due course".

Pakistan's next One-day Internationals assignment is not until July 2020.

The PCB said Azhar Ali will lead the side in Test matches, while Babar Azam has been appointed the new T20I captain.

Not only has Sarfaraz lost his captaincy, but due to the "drop in his overall form", he has been dropped from both the Test and T20I sides.