Mohammad Azharuddin had blasted a more than decent New Zealand attack for a 62-ball-100, then the fastest hundred in 50 over cricket. 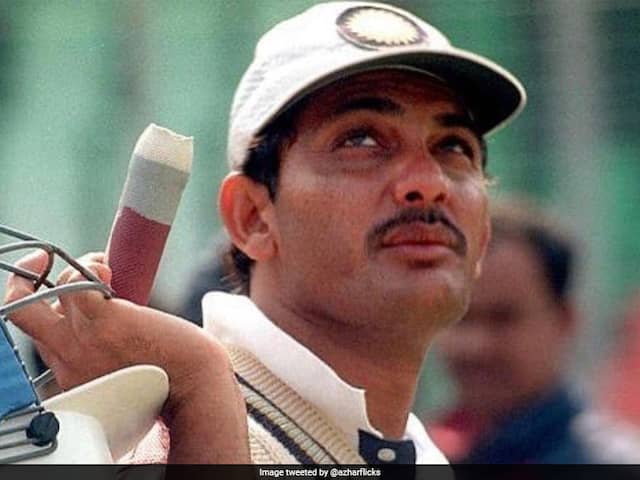 "Out of my 30 International hundreds, I can hardly remember 10-12 but the whirlwind knock against New Zealand is still fresh in my mind even after 31 years," Mohammed Azharuddin said about the day when "everything clicked for him". It was in December, 1988 when Azhar blasted a more than decent New Zealand attack for a 62-ball-100, then the fastest hundred in 50 over cricket. The PTI caught up with Azharuddin to talk about a game that was significant in India's ODI history but is not much talked about or feted.

The footage of that game is not available even though the match was aired live on Doordarshan.

During India's chase, the transmission link was lost and Azhar's stellar knock, a first of its kind during those days could not be watched on TV by the fans.

"It was at the Moti Bagh Palace ground. A lovely open ground where there would be shamianas for the spectators. I think I had hit three or four sixes (three), two of which landed outside the ground and one hit the tree. That day, it seemed I could do no wrong and I didn't realise that I had completed hundred in 60 odd balls," Azhar recollected.

Indian bowlers gave away too many runs in that game in absence of premier bowler Kapil Dev as Sanjeev Sharma was hit for 74 in 10 overs while Rashid Patel (58 in 10 overs) and Chetan Sharma (0/54 in 10 overs) were also expensive in terms of economy rate during those days.

"Chasing 279 was like 340 in these days. The best part was I batted at number six in that game. I don't remember now but I came in when either Dilip bhai (Vengsarkar) or Sanjay got out. But Ajay (Sharma) gave me good support as we had 100 plus stand in quick time.

"I remember I got stuck into one of their two off-spinners (Chris Kuggelieijn, other one was John Bracewell). Hit him for some massive sixes. I also hit some good boundaries against Ewen Chatfield and Sneeden. I think (Richard) Hadlee didn't play that game," the 57-year-old recollected.

"I have had some great ODI performances but yes, this one will be among the best if not the best. You have to check the record books but this was one of our highest chases if not the highest run chase back then. I am not sure but it must be somewhere close," Azhar said.