Trying To "Get Rid Of Institutional And Systemic Racism", Says Michael Holding

Michael Holding, the West Indies cricket legend, opened up about his experiences of racism in a powerful broadcast a year back. Since then, he has got many sports personalities rallying around him, 9 of them telling their stories in the book named 'Why we kneel, how we rise' 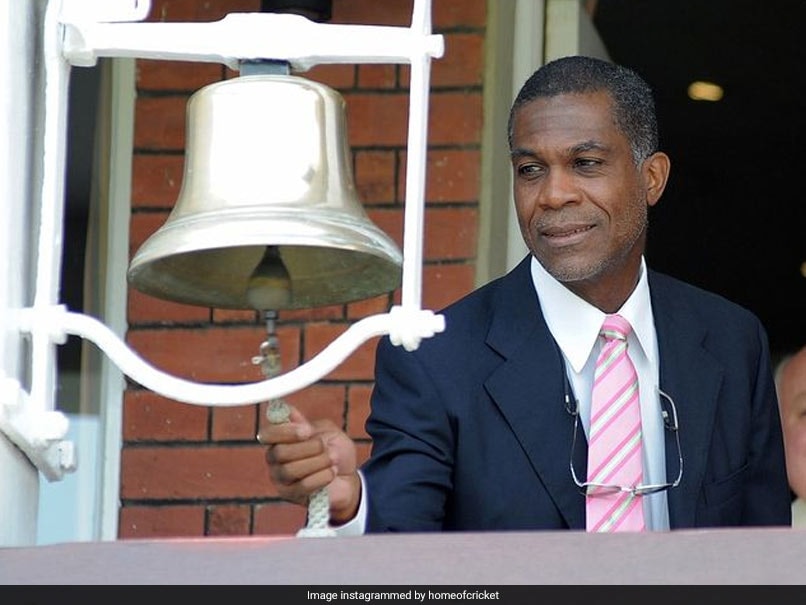 Michael Holding said he is trying to educate people and make them aware of what's happening in the world.© Instagram

In all his years of playing Test cricket for the West Indies and commentating, Michael Holding never uttered a word on racism. But it all changed on 8th July 2020. With rain falling in Southampton and a break in the England vs West Indies Test something powerful came out and the video of the broadcast went viral. In a chat with NDTV, the former West Indies fast-bowler shared his views on racism and expressed his love for the longest format of the game.

"I had never spoken about racism before because I was not asked about it, given the opportunity by Sky & by Brian Henderson, it just flowed out. What I am trying to do is educate people, let them be aware of what is happening in the world and what we are trying to get rid of. I have seen evidence that people have been listening. But progress has to be made by people who run countries, people who make policies. We are trying to get rid of institutional and systemic racism," told the West Indian legend in a chat with NDTV.

The likes of Thierry Henry, Naomi Osaka, Colin Kaepernick have contributed their stories of racism too.

"The commonality in the 9 people I chose for this book was their skin colour. They are all from different backgrounds, from different countries. They achieved different levels of success and show that irrespective of how rich or powerful you are as an athlete, how influential you are as an athlete. Once you have dark coloured skin, it affects you differently, you suffer from racism. Does not matter if you are rich or poor, Christian or a Muslim. Once you have dark skin, there is a problem."

The former West Indian pacer, famously nicknamed Whispering Death also pours out his love for Test cricket in the interview. He is supportive of the idea of World Test Championship but wants the final to be a series, instead of a one off game.

Holding further mentioned that he is disappointed with the authorities for putting Tests in the back burner in the prime summer months.

"Test cricket is waning and the administrators give lie service to Test cricket. Look at what is happening in England over the last three years. The best months of June and July are dedicated to one-day cricket, T20 cricket, and now the ridiculous 100 ball cricket that they are having. There is no Test match between the first week of June and the first week of August. You are telling me Test cricket is the ultimate? No"

Holding commentates for 7 Tests in the summer and is not keen on being a voice in the shorter formats. He is appreciative of the younger generation says "the world has changed, let the young have it their way".

But also says that the young sports stars should use the power of sports to speak up against injustice.

West Indies Cricket Team Michael Anthony Holding Cricket
Get the latest updates on ICC T20 Worldcup 2022, check out the Schedule and Live Score. Like us on Facebook or follow us on Twitter for more sports updates. You can also download the NDTV Cricket app for Android or iOS.