Marsh Cup: Usman Khawaja decided to start the theatrics right at the toss in the Marsh Cup final between Western Australia and Queensland. 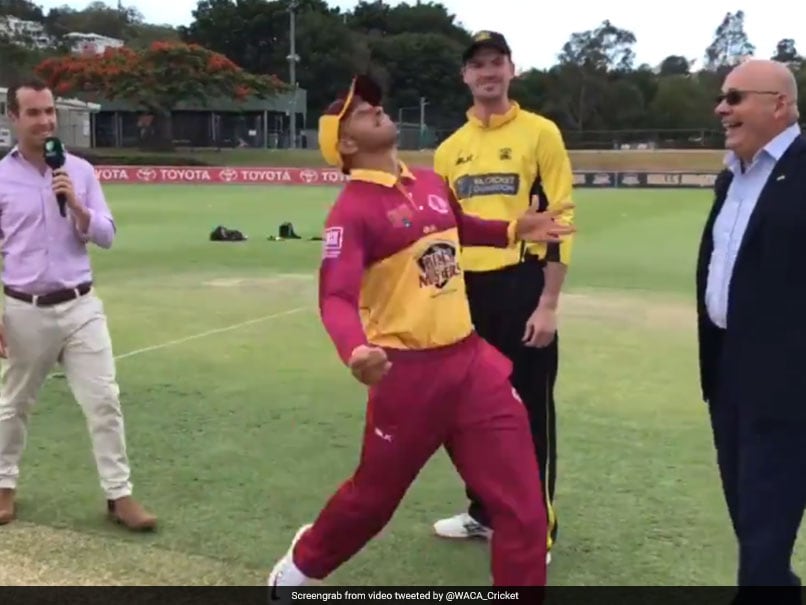 Usman Khwaja's toss had even the match referee laughing.© Twitter

The toss before a cricket match is a pretty straightforward affair. The two captains, along with the match referee come for it, one captain tosses the coin, the other opts for a side and the match referee checks the outcome. Well, that was not the case in the Marsh Cup final between Western Australia and Queensland on Tuesday. Queensland captain Usman Khawaja decided to begin the theatrics right from the toss during the final of Australia's domestic 50-over tournament. With the coin in his hand, Usman Khawaja took a short run up before sending the coin up in the sky, only to land it halfway down the pitch.

The match referee had to walk down the pitch to see what the outcome of Khawaja's animated toss was. Despite his unique effort, Khawaja lost the toss and opposition captain Ashton Turner chose to bowl.

#MarshCup Final time! AT WINS the toss and we'll have a bowl first

Twitter users were left amused by the unique coin toss.

One fan tweeted "enjoy this behaviour," tagging his friend. "3 severe cases of whiplash right there," he added in another tweet.

"How good is that. Hero," chipped in another user.

After finding themselves reeling at 56/5, wicketkeeper Jimmy Peirson steadied the ship with his knock of 79 and Khawaja's team eventually posted a total of 205.

Western Australia got off to a shaky start in their chase, losing both openers early, but an unbeaten century from Shaun Marsh along with some assistance from Marcus Stoinis and Ashton Agar saw them chase down the target with two overs to spare as they won the trophy.

Usman Khawaja Cricket
Get the latest updates on T20 World Cup, check out the T20 World Cup Schedule and Live Score . Like us on Facebook or follow us on Twitter for more sports updates. You can also download the NDTV Cricket app for Android or iOS.