India A beat South Africa A by four wickets in the third one-day to take an unassailable 3-0 lead in the five-match series. 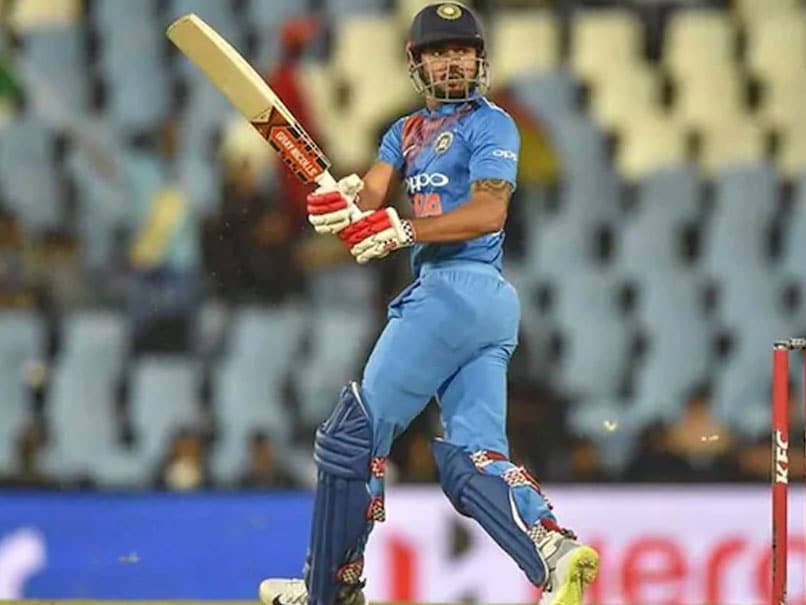 Shreyas Iyer will take over the leadership role from Manish Pandey in remaining two matches.© AFP

Manish Pandey led from the front while Shivam Dube continued to impress as India A won by four wickets in the third one-day against South Africa A to take an unassailable 3-0 lead in the five-match series on Monday. With two matches left in the series where Shreyas Iyerwill take over the leadership role from Pandey, South Africa A can only play for pride. Chasing 208 for victory in a rain-curtailed 30-over match, Pandey cracked 81 from 59 balls with the help of three fours and five sixes before Dube smashed a whirlwind unbeaten 28-ball 45 (2x4, 3x6) to take India A to a convincing victory, which at one point looked difficult, with 13 balls to spare.

Earlier, after electing to bat first, South Africa A rode some late fireworks from wicketkeeper-batsman Heinrich Klaasen (44 off 21 balls; 2x4, 4x6) to post 207/8 in 30 overs.

The Indian spinners led by Yuzvendra Chahal had spun a web around their rival batsmen who failed to get going even though they did not lose wickets in the initial phase.

Opener Janneman Malan (37), Matthew Breetzke (36) and even skipper Temba Bavuma (27) got starts but after a point both Bavuma and Khaya Zondo (21) needed to up the ante. It was then that they lost the two set batsmen in successive overs but once Klaasen and Linde (17) got together, they made it a point to take the score past 200-run mark with Klaasen doing bulk of the big hitting.

For the hosts, Krunal Pandya (2/23) and Deepak Chahar (2/42) were the pick of the bowlers. Chahal took one wicket and leaked 31 runs in his six overs.

Manish Pandey Shivam Dube Cricket
Get the latest updates on ICC Women's Cricket World Cup 2022 and IPL 2022, check out the Schedule , Live Score and IPL Points Table. Like us on Facebook or follow us on Twitter for more sports updates. You can also download the NDTV Cricket app for Android or iOS.