The youngster has so far picked up 17 wickets in 17 IPL matches. He will be hoping to learn the tricks of trade from McGrath during his time at the academy. 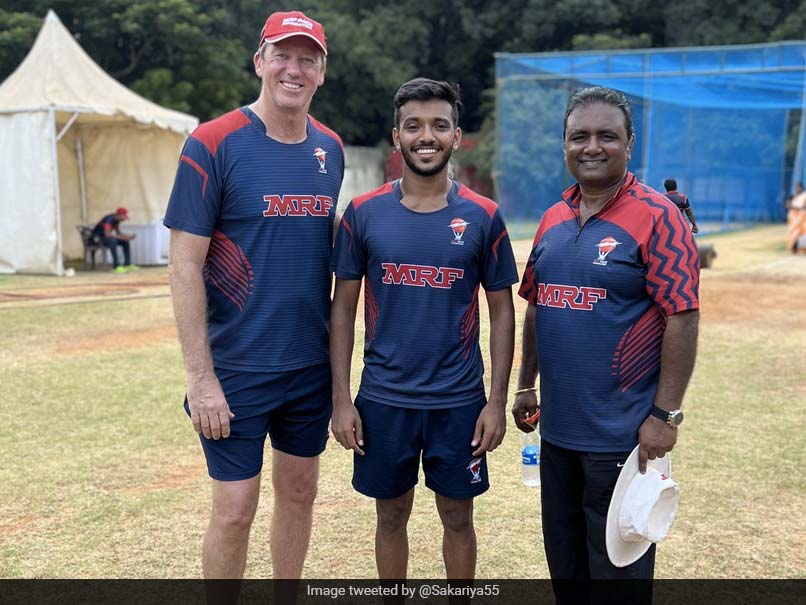 Young left-arm pacer Chetan Sakariya has impressed one and all with his potential after his prformances in the Indian Premier League. His IPL show also earned him an India cap and the youngster has played 2 T20Is and 1 ODI for India, picking up a total of 3 wicket so far.

While he may not be an immediate contender for a constant place in the Indian team in any of the three formats, Sakariya has the ability to graduate to the next level.

The youngster is currently honing his skills at the MRF Pace Academy under the watchful eyes of Australian pace legend Glenn McGrath.

Chetan took to Twitter and shared a photo with McGrath

It was always pleasure when you work with legend of the game ,and having watch personally by himself. Lots of learning lessons ????????#legendofthegame #glennmcgrath #mrfpacefoundation#chennai #TweetOfTheDay pic.twitter.com/PwztgLHJRJ

The youngster has so far picked up 17 wickets in 17 IPL matches. He will be hoping to learn the tricks of trade from McGrath during his time at the academy.

Chetan is not a tearaway pacer but he has a lot of guile and makes use of his variations well to trouble batters.