Kusal Mendis was taking a prize motorcycle for a spin around the R Premadasa Stadium in Colombo and lost balance and fell off. 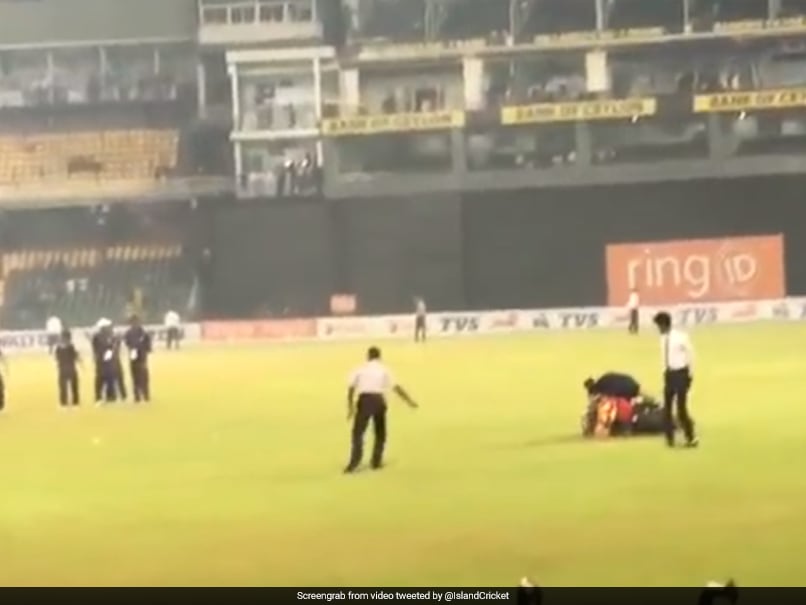 Kusal Mendis took the bike for a spin around the R Premadasa Stadium.© Screengrab @IslandCricket

Sri Lanka produced a clinical performance to claim a 122-run win in the third and final One-day International (ODI) and complete a clean sweep over Bangladesh in Colombo on Wednesday. Former captain Angelo Mathews led Sri Lanka with 87 off 90 balls, guiding the side to 294/8 before Dasun Shanaka backed his 30 off 14 with three wickets for 27 runs to complete the rout. The winning team were presented with a motorbike and the players took turns to take rides. Kusal Mendis also took the bike for a spin around the R Premadasa Stadium but could not stay in control. As Mendis was trying to take a turn, he lost balance and skidded off the bike along with a teammate who was on the back seat. The guards and groundsmen at the stadium rushed towards the players as the duo struggled to recover from the fall.

As far as the match is concerned, Mathews and Mendis, who made 54 off 58 balls, set the platform for Sri Lanka's big innings after skipper Dimuth Karunaratne won the toss and elected to bat first.

Sri Lanka's cricket board has dedicated the match to pace bowler Nuwan Kulasekara who announced his retirement last month.

Kusal Mendis Cricket
Get the latest updates on ICC T20 Worldcup 2022 and CWG 2022 check out the Schedule, Live Score and Medals Tally. Like us on Facebook or follow us on Twitter for more sports updates. You can also download the NDTV Cricket app for Android or iOS.