Sri Lanka Cricket said in a statement on Monday it would invite Nuwan Kulasekara to witness the game at the R. Premadasa Stadium, and arrange a ceremony to honour him. 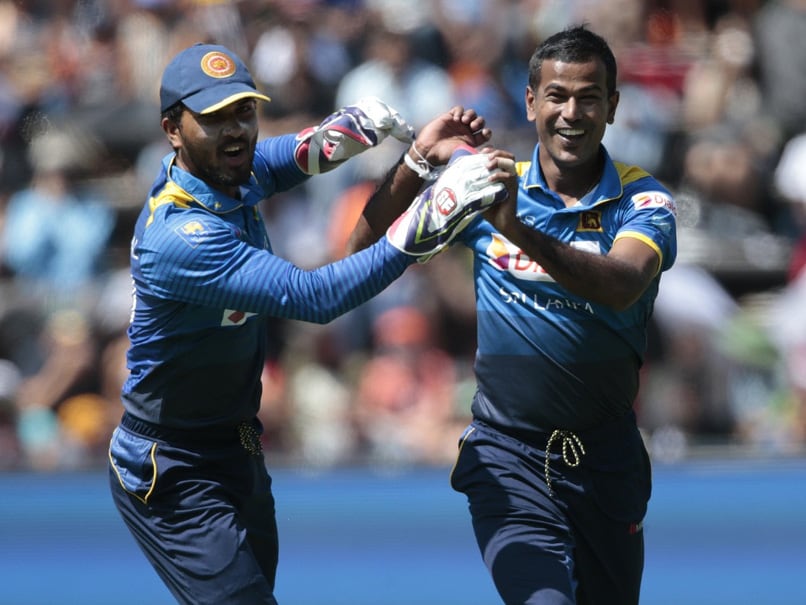 Sri Lanka will dedicate Wednesday's third one-day international against Bangladesh to fast bowler Nuwan Kulasekara who recently announced his retirement from international cricket. Sri Lanka Cricket said in a statement on Monday it would invite the bowler to witness the game at the R. Premadasa Stadium, and arrange a ceremony to honour him for services he had rendered for the country's cricket. "Nuwan Kulasekara has been a vital cog in the Lankan lineup and played exceptional cricket during his time with the national team," said Shammi Silva, President of the SLC.

Kulasekara made his Sri Lanka debut with an ODI against England in 2003 and played a key part in Sri Lanka's T20 Men's World Cup victory in 2014.

He was a vital member of the Sri Lanka team, who entered the 2011 Men's Cricket World Cup final against India, and was the top-ranked bowler in the ICC ODI rankings for over six months in 2009.

He played last of 184 ODIs against Zimbabwe in July 2017 and was not selected in any of the format since then.

Sri Lanka lead the three-match series 2-0, thanks to 91-run and seven-wicket win in the first two matches.

Bangladesh will wear black armbands in the third game to pay respect to the country's first captain Shamim Kabir.

Kabir, who led the national team against an international opponent in their first match against MCC in January 1977, died of cancer on Monday.

Bangladesh Cricket Team Cricket
Get the latest updates on ICC T20 Worldcup 2022, check out the Schedule and Live Score. Like us on Facebook or follow us on Twitter for more sports updates. You can also download the NDTV Cricket app for Android or iOS.