KL Rahul posted two pictures on Instagram on Thursday and he was greeted with a special reaction from actor Athiya Shetty. 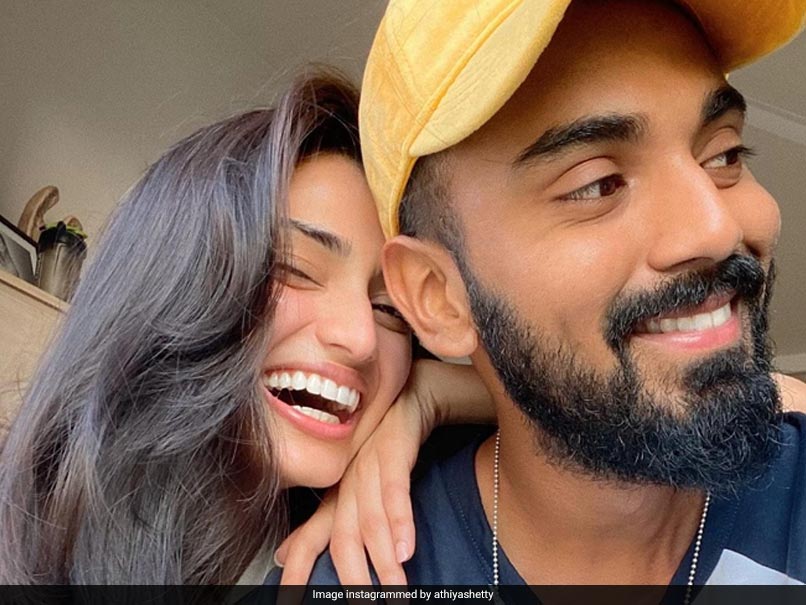 KL Rahultook to Instagram on Thursday to share a couple of pictures from his stay in Melbourne. In the first picture, Rahul can be seen taking a walk on the streets while in the next picture the India batsman was clicked while sitting on a bench. "Melbourne Archives !!" wrote Rahul in the caption. While fans flooded the comments section, praising KL Rahul's fashion sense, it was Bollywood actor Athiya Shetty's comment that stole the show. Athiya left a heart emoji on KL Rahul's post.

KL Rahul was last seen in action during the limited-overs series against Australia in November-December. 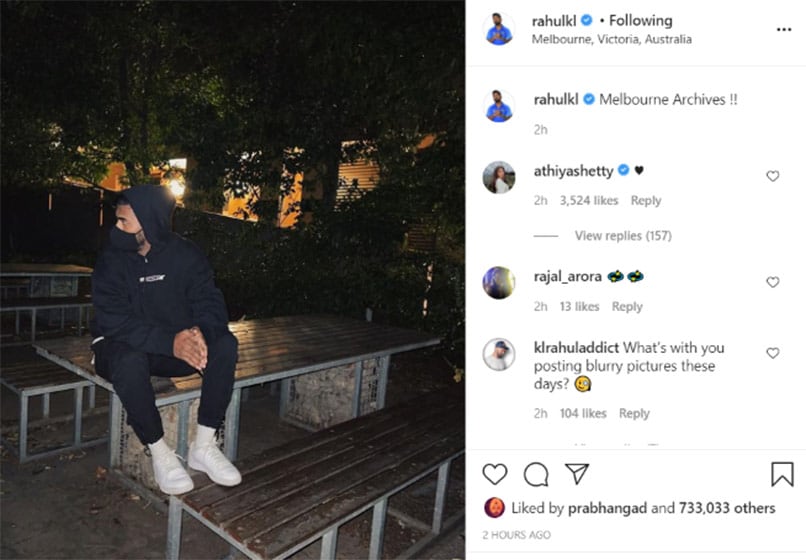 Rahul was the leading run-scorer in the 13th edition of the Indian Premier League. He finished the tournament with 670 runs from 14 games.

Rahul is in the Test squad for the four-match Border-Gavaskar series against Australia but did not play in the series opener in Adelaide.

India, after dominating the first couple of days of the day-night Adelaide Test, were blown away by menacing spells of fast bowling from Josh Hazlewood and Pat Cummins on Day 3.

India registered their lowest-ever total in Test cricketof 36/9 in the match, with Mohammed Shami retired hurt after being hit by a Pat Cummins bouncer. The visitors eventually lost the match by eight wickets.

The teams will play the second Test at the Melbourne Cricket Ground beginning December 26.

KL Rahul Australia vs India 2020-21 Cricket
Get the latest updates on ICC T20 Worldcup 2022 and CWG 2022 check out the Schedule, Live Score and Medals Tally. Like us on Facebook or follow us on Twitter for more sports updates. You can also download the NDTV Cricket app for Android or iOS.