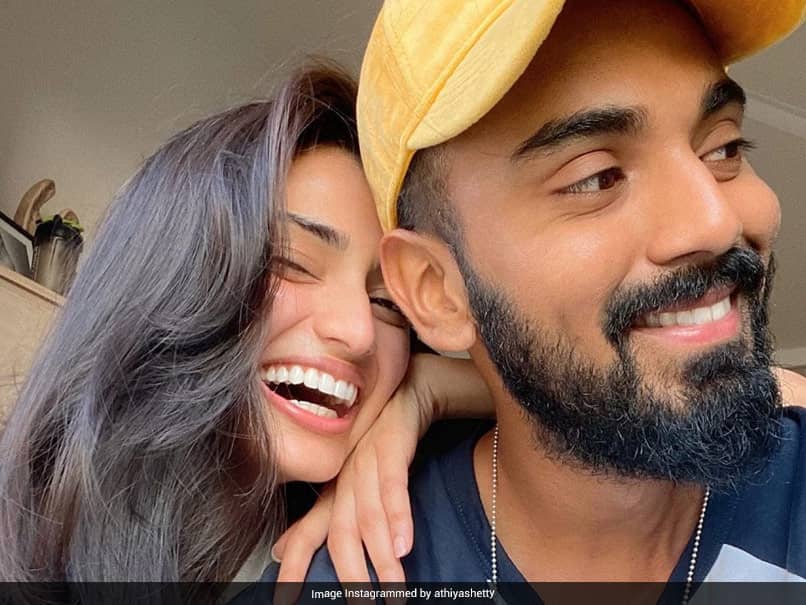 KL Rahul, who is celebrating his 28th birthday on Saturday, got a special wish from Bollywood actress Athiya Shetty. The Bollywood star took to Instagram and posted an adorable picture with KL Rahul but it was her caption that stole the show. "Happy birthday, my person," Athiya captioned the picture with a heart emoji. Meanwhile, KL Rahul responded to the wish with three heart emojis. KL Rahul and Athiya Shetty are rumoured to be dating, however, they are yet to confirm about any such development. The duo were in spotlight when KL Rahul had shared a picture with Athiya, recreating a scene from the iconic Bollywood movie 'Hera Pheri'. 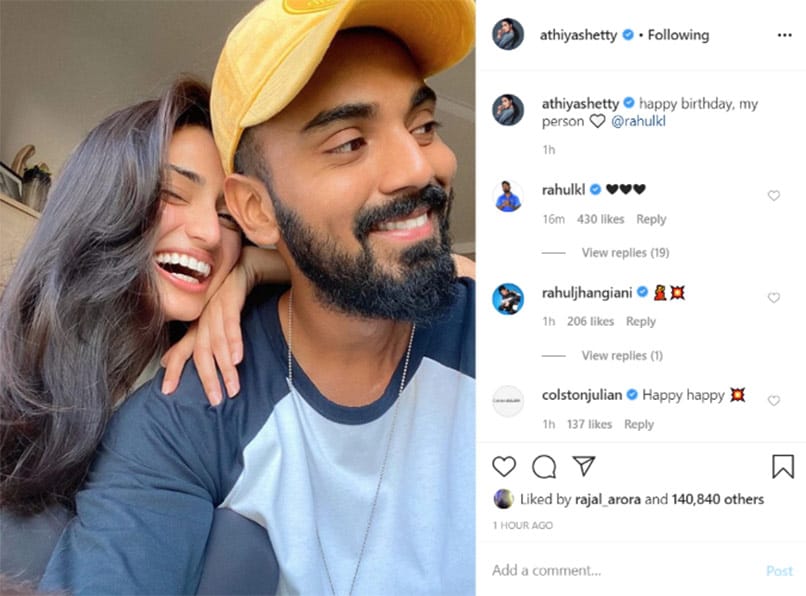 On the field, KL Rahul was the top performer for India in their last limited overs assignment before the coronavirus pandemic halted sporting events across the world.

Suresh Raina and Rohit Sharma are the other two India batters who have achieved this feat in international cricket.