KL Rahul, much like other cricketers in the country, is spending time at home and going by his latest Instagram post, the wicketkeeper-batsman is finding it hard to handle the nationwide lockdown. KL Rahul took to Instagram to flaunt his new hairstyle and he caught the attention of two young Bollywood actresses. "Mind gone, hair gone," Rahul captioned the image. Akansha Ranjan Kapoor, who made her debut with 'Guilty', a Netflix movie and Anushka Ranjan, who has done several movies, both reacted to KL Rahul's new hairdo. 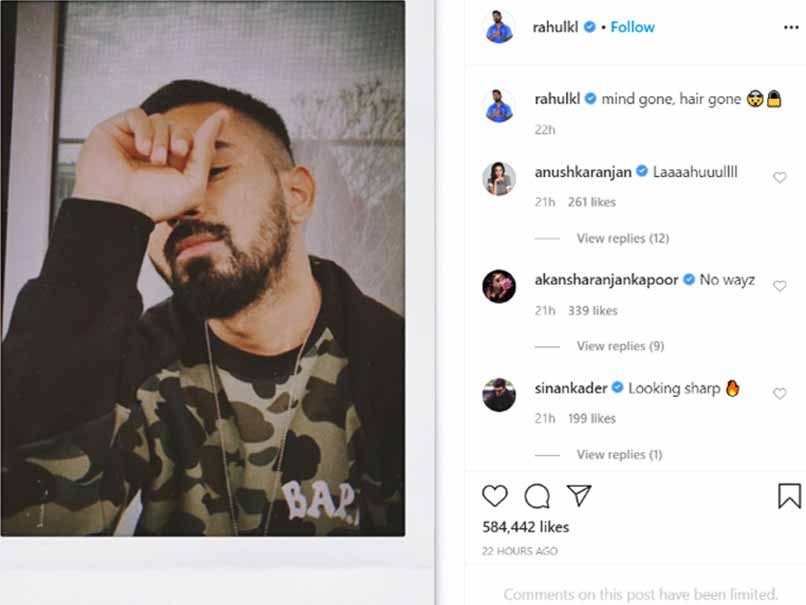 Rahul has been quite active on social media during the forced break from cricket and the 28-year-old is keeping his fans entertained by sharing his workout videos and answering a few questions on Twitter.

Recently, Rahul conducted an #AskKL session on Twitter and while answering a question, the Kings XI Punjab skipper gave a hilarious advice to his India teammate Yuzvendra Chahal.

KL Rahul was slated to lead the Punjab-based franchise in the 13th edition of the Indian Premier League (IPL). However, due to the ongoing coronavirus pandemic, the Board of Control for Cricket in India postponed the lucrative league indefinitely.

KL Rahul Cricket
Get the latest updates on India vs England Series, India vs England , live score and IPL 2021 Auction . Like us on Facebook or follow us on Twitter for more sports updates. You can also download the NDTV Cricket app for Android or iOS.