It's nice to have a charismatic man lead your team. But charisma is an individual thing as Delhi Daredevils found out. Kevin Pietersen hardly led from the front.

It's been another heartbreak for Delhi Daredevils fans. Swamped by poor performances year after another, 2014 simply flattered to deceive. Big names don't guarantee big performances. Money doesn't buy runs, wickets and catches. The brand new team looked as rudderless like previous years. Kevin Pietersen, the charismatic Englishman, simply failed to lift the team out of its morass. 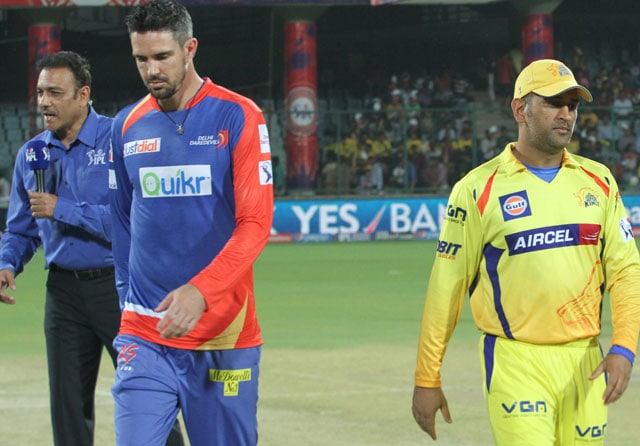 In all fairness, Delhi got off to a good start. Back in 2008, when the IPL kicked off with much fanfare, the Daredevils finished fourth and it was assumed that a team under the aggressive and shrewd Virender Sehwag, would work wonders. Those were the days when Sehwag was still a threat in world cricket. Back then, Shikhar Dhawan, who played for his city of birth, with Sehwag were threats to the best of bowlers.

The Daredevils have never won the IPL but in 2009 and 2012, they finished on top of the table, with the maximum victories. The year 2010 saw them win only seven out of 14 games, but that was not a disaster, unlike in 2011 and 2013, where they languished at the bottom.

Last year was a complete rout. If the now-defunct Pune Warriors India set low standards on the field, the Delhi Daredevils competed fiercely to show how a team could do worse. Out of the 16 games they played last year, DD managed to win only three. (Also read: Ninth defeat for Daredevils a hiding for Kevin Pietersen)

Cut to 2014. It was time for change. The GMR Group, the Delhi Daredevils owners, decided to go for a complete overhaul. Out went an ageing Sehwag, out went the rising batting superstar from Australia David Warner and out went the salty pro Mahela Jayawardene. Not a single player was retained and DD decided to start from scratch.

And so it happened in February of this year; Dinesh Karthik, the discarded India wicketkeeper, who had a solid year with the Mumbai Indians in 2013, was promptly bought by the Daredevils for a staggering Rs 12.5 crore, leaving even the Chennai lad stunned. Pietersen, who was part of the 2013 side, was bought for a whopping Rs 9 crore. Both Karthik and Pietersen had points to prove to their respective national selectors. They failed.

Pietersen was made captain and he said all the right things about working with coach Gary Kirsten and it did look like the Daredevils were on their way to realizing some potential this year. After all, they also had in their ranks the reliable Murali Vijay, the explosive JP Duminy and a bowling attack that could have exploited Indian conditions in the second half of the IPL.

But all their plans fell flat on the face. After 11 games so far this year, Delhi have managed to win only two, losing nine, thanks mainly to eyebrow-raising tactics. KP missed the first few games because of an injury but his return did not work wonders either. His form was hopeless and his decision to send in his most successful batsman, Duminy, low down the order drew severe criticism; but then KP has never been the kind of man to pay heed to what critics say.

The bowling looked ordinary and his other 'star' Karthik was unable to replicate any of his previous year's form. And before they knew it, the Daredevils were in the midst of another horror year. The owners, so much more low-key, compared to the others, were visibly shattered. You would reckon that a lot of DD's misfortune would have to do with KP's stubbornness. Kirsten has never been the kind of coach to assert himself - no way. Otherwise, he would not have survived for close to half-a-decade in the Indian dressing-room. Instead, the former South African opener would have given his captain a free-run in the field and expected Pietersen to come up with sound strategies.

Another problem that could have destroyed the Daredevils was the lack of communication. Born and bred in South Africa, groomed in England, Pietersen's accent and wry humour would have been beyond some of the local Indian players, who barely manage to stitch up a line of correct English only if their life depended on it. Some foreign captains have been known to pick up basic Hindi words to communicate with their men, but expecting that from Pietersen would have been akin to ask him for the moon in 45 days.

Bad man-management, poor captaincy, poor team selection and shoddy tactics have crippled the Daredevils for two years on-the-trot now. They became the first team to be knocked out of IPL 7. True, a captain is as good as his team, but he must also lead from the front to establish himself as a leader. Pietersen did nothing of that. Barring a solitary half-century, a batsman of his pedigree did precious little to merit that Rs 9 crore price tag.

And to rub more salt into Delhi's wounds, the two 'discards' Warner and Sehwag have been scoring runs for their new teams. While Warner has been in phenomenal form for the Sunrisers Hyderabad, Sehwag has rediscovered his old touch, even in those conspicuous glasses, charging down the pitch to lift spinners for sixes - a stark contrast to the perils Pietersen and Karthik have discovered on the 22-yard.