Ashley Nurse presented the unique celebration after claiming a wicket during a Caribbean Premier League match. 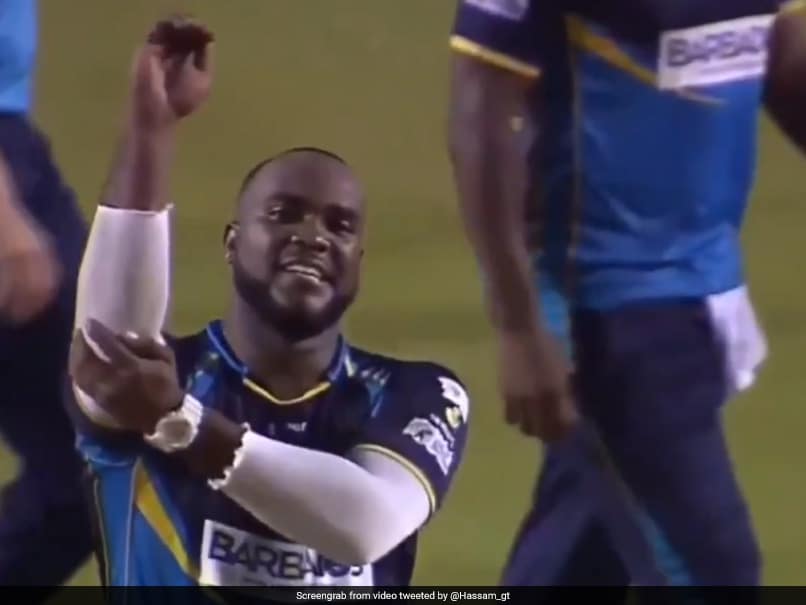 West Indies off-spinner Ashley Nurse took the social media by storm after a video of his unique wicket-taking celebration, inspired by Indian stand-up comedian Kapil Sharma, during a Caribbean Premier League (CPL) match went viral. After claiming a wicket during the match between Barbados Tridents and Guyana Amazon Warriors, Ashley Nurse celebrated with Kapil Sharma's famous 'Babaji Ka Thullu' gesture. Kapil Sharma also found the video on Twitter and couldn't resist laughing. On air, Ian Bishop was heard saying: "This celebration in honour of his friend Sunny Sohal, who he met at the end of one CPL season. And it is called the 'Babaji Ka Thullu'.

"I don't know what it means but that is what he calls that particular celebration," Bishop added.

This is not the first time when videos of Nurse's unique celebration has floated on internet. In October 2018, Nurse had grabbed everyone's attention with his 'Babaji Ka Thullu' celebration during a One-day International match against India in Pune.

The off-spinner had trapped Indian opener Shikhar Dhawan LBW and followed it up with a never-seen-before celebration on a cricket field.

However, Nurse revealed that the inspiration behind his celebration was his Indian friend, Sunny Sohal, whom he met during the CPL.

"Just dedicating the celebration to my Indian friend - Sunny Sohal, whom I met at the CPL. He told me, when you get a wicket do a 'Babaji ka thullu' or something," Nurse had explained during the post-match presentation ceremony.